I first became interested in Dungeons & Dragons in 1990, while I was recovering from a sledding accident that gave me broken hips, a broken pelvis, and a lot of time to read. I was always a voracious reader but sci-fi was my thing: Clarke, Asimov, Wells, Bradbury. I did read The Hobbit, which I adored, but then read a few poor fantasy Tolkien imitators and gave the genre up.

There I was, with plenty of well-wishers bringing me books (ever read Stephen King on morphine?) and one friend determined to find something fantasy I would like. Finally he started to describe the plot of a book where gamers are drawn into their world and I said “Gee, I’ve always wondered exactly what this D&D thing is all about.” The next time he came by, it was with a copy of the first edition Player’s Handbook. I read it. Cover to cover. I’ll be the first to tell you, it’s not great reading by and of itself, but my imagination was hooked. My friend said he had a friend who might run a game for us, when I was up walking again. This friend-of-a-friend I had met once before, and apparently made quite an impression on him. He agreed to DM a new adventure for us.

This DM turned out to be a fantastic guy and game master, and we quickly became best friends. That’s when together we decided the game we bonded over was good, but could be something more. My future husband and I took long walks in the woods and developed the game world you now see here.

We started to paint, and build cardboard houses. We even grew up a bit and built a (1:1 scale) house for our growing family to live in, complete with a gaming/crafting counter and recessed eyeball spots over the model table. Our 3 kids like to craft and play too. They have always been interested in and inspired by the games and models that surround them. It’s a fun way to spend time together.

So enjoy the offerings we’ve put here for you all. There are adventure stories with game-night photos, behind-the-scenes look at terrain and buildings as we create them, and battle reports from our favorite games of Fantasy Warriors. Do let me know what your favorite parts are; I love audience participation! 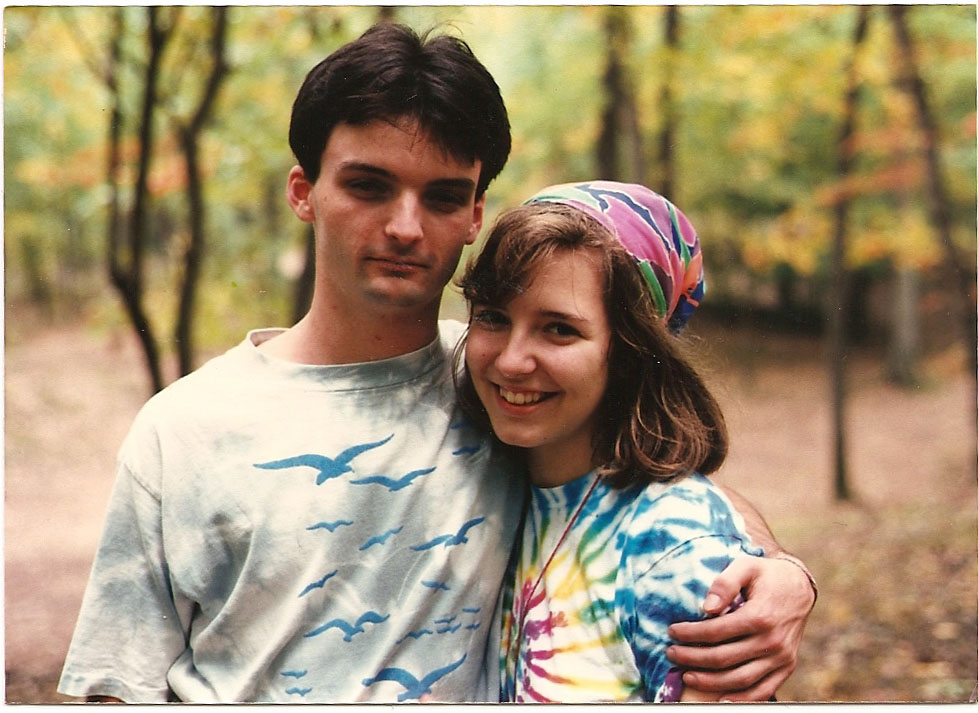 My husband and I in 1991, right around the time we started to create this home-brew world. 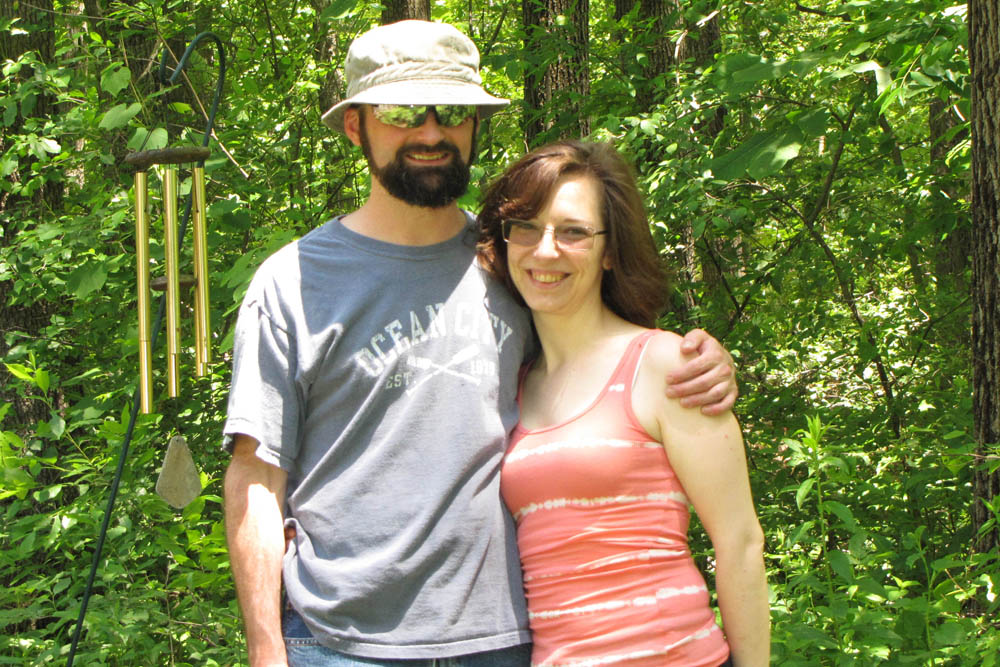 And the Happy Makers, 22 years later building the blog. 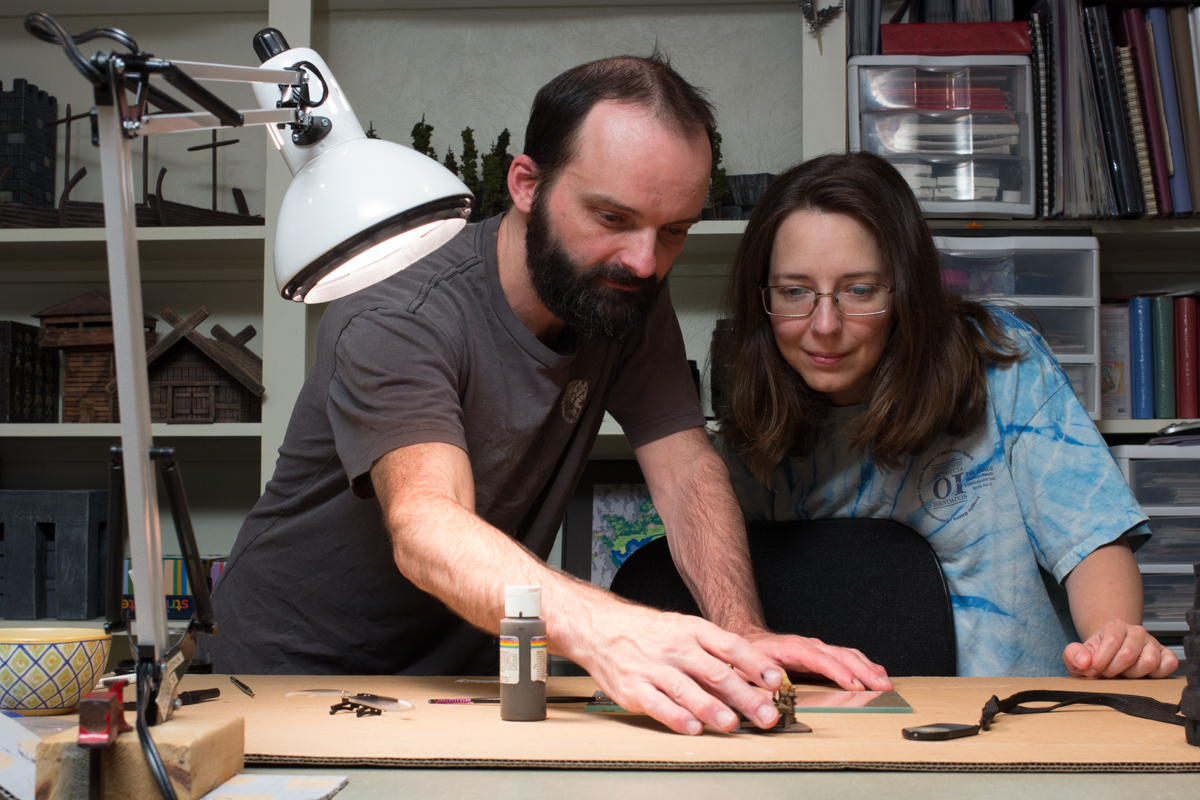 The Makers at the craft yet.