Wynston freed Jarl Kvig and Bleddyn from the dungeons of the keep at Timlin Town. Kvig’s brother Hegg ordered his troops into the night after them. Wynston had fast horses tethered in the village behind the keep. When the trio approached, riders came near. 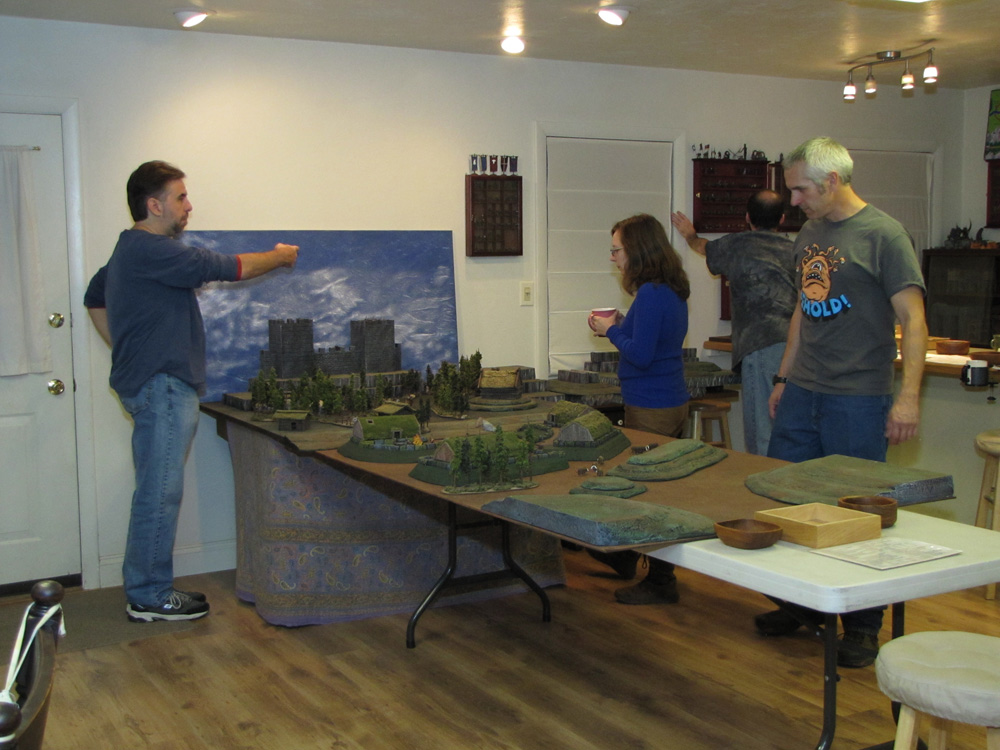 Bleddyn readied the horses while Kvig stepped out of hiding and confronted the cavalry. Honor-bound to capture Kvig, the riders asked Kvig to yield.  Kvig was unwilling to attack the men, but refused to return. The riders were equally unwilling to join Kvig’s cause and one charged him. Kvig dashed into cover of the trees. Wynston was willing, and waiting, and grappled the rider from his saddle. 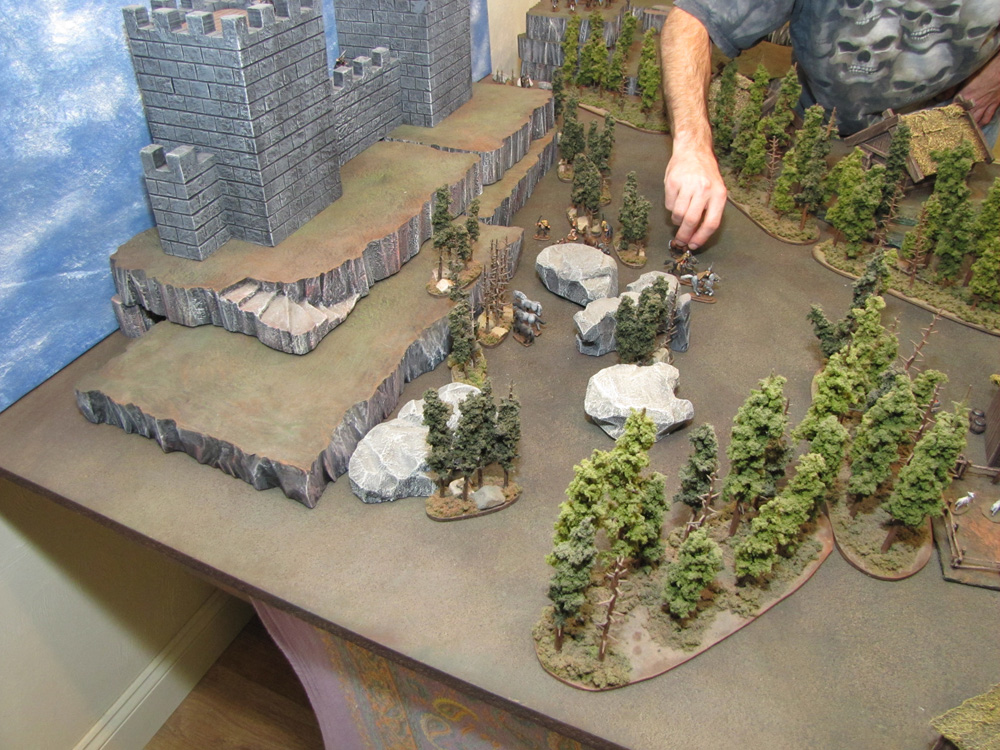 At that, the cavalry blew their horn and Wynston, Bleddyn and Kvig mounted up. They spurred their horses through the huts and past the cavalry but couldn’t outdistance them. More Kildarian cavalry joined the chase. Capture seemed imminent when a wolf’s howl was heard. Bleddyn’s ulfhednar screamed over a hill and engaged the cavalry. 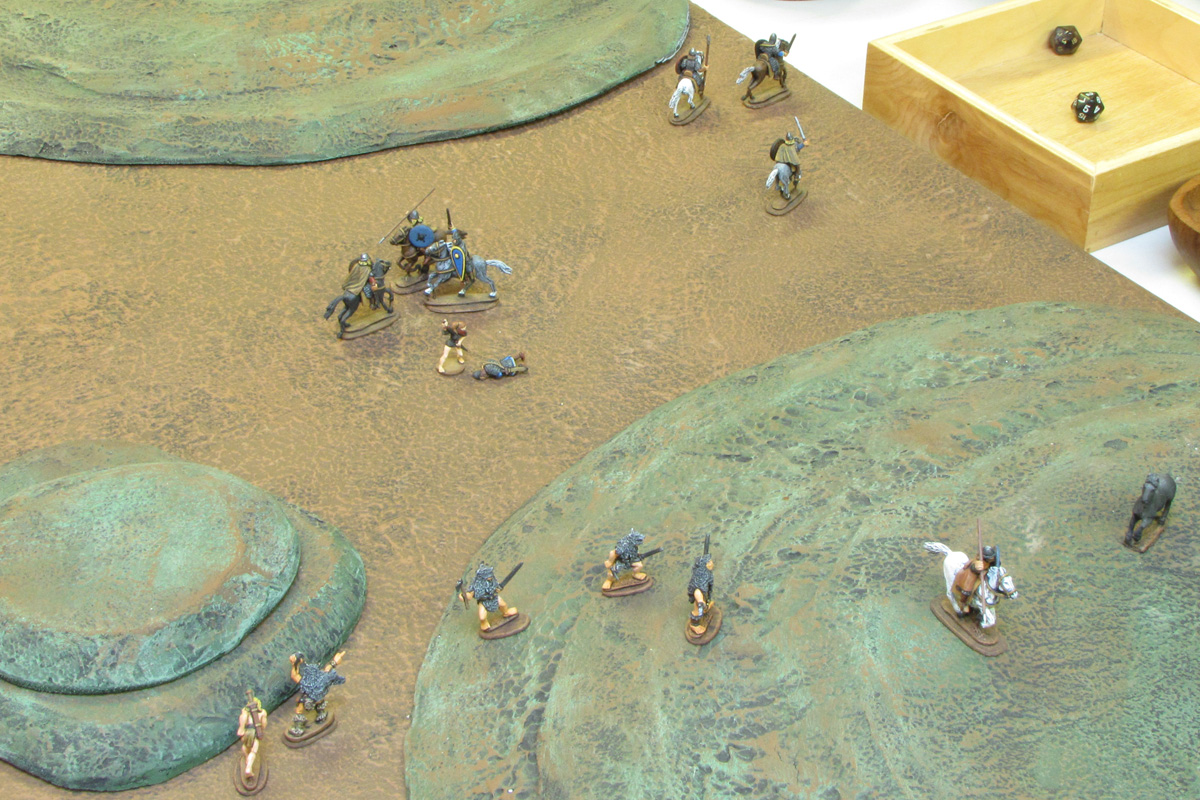 They knocked a few riders from their horses, while the other riders broke and raced for reinforcments. Kvig ordered the injured cavalry tended to and left tied up.

The ulfhednar escorted Kvig, Bleddyn and Wynston to a place of relative safety in the hills. There Halvdan, their leader, told Kvig of a haunted ruins where the trio could winter. They had less fear of ghosts than of Hegg, so decided to wait there for the spring season. 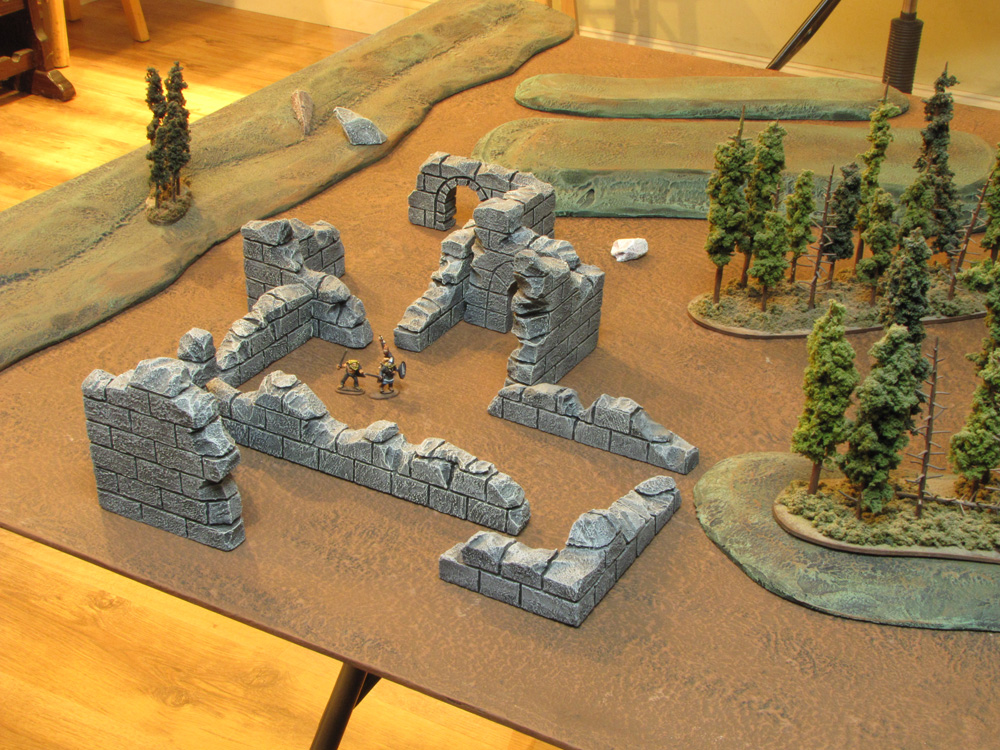 They made a habitable dwelling in a vacant foundation near the stones. Boredom eventually drove them to explore the ruins one clear morning. They picked their way through the dank interior. Kvig stopped short in terror as a troll sprung from the darkness. 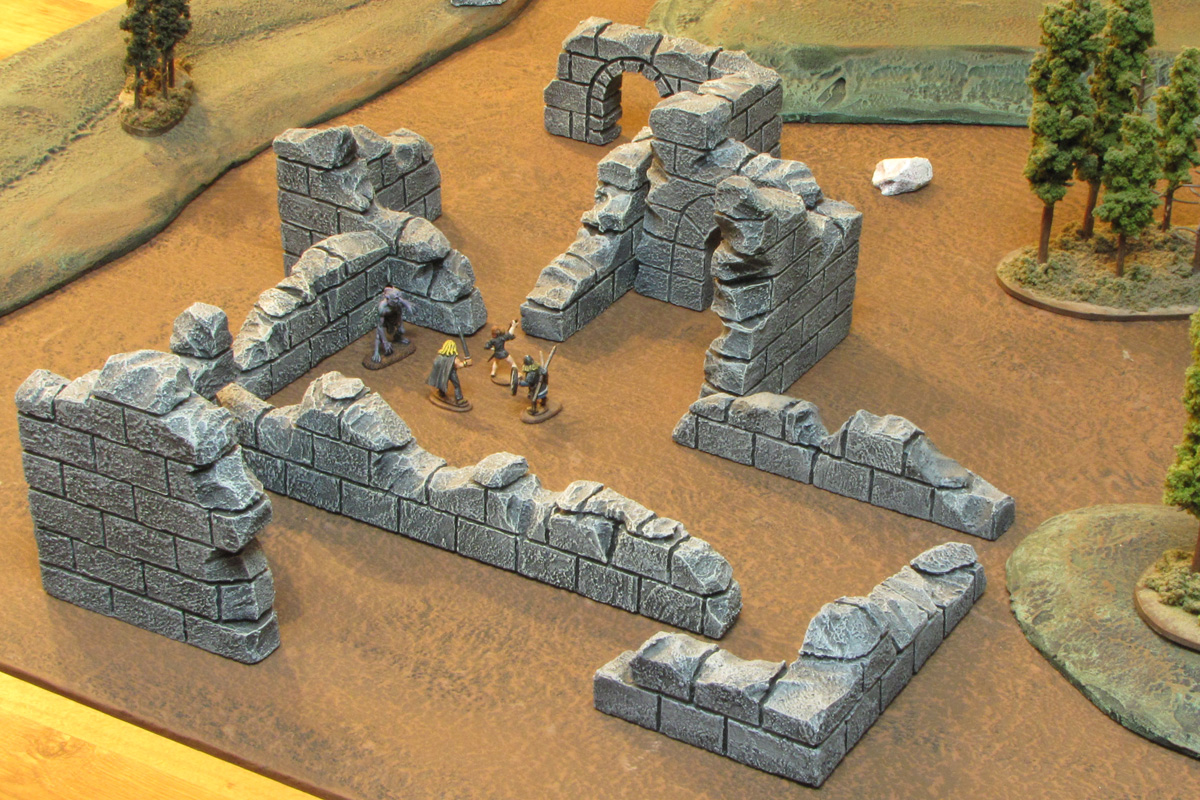 Then Kvig screamed in terror and ran away.

A second troll attacked and ran, Bleddyn right behind it. Wynston dashed across the room, uncertain at first whether to flee or follow Bleddyn. The first troll slithered through the ruins and Wynston went after it. 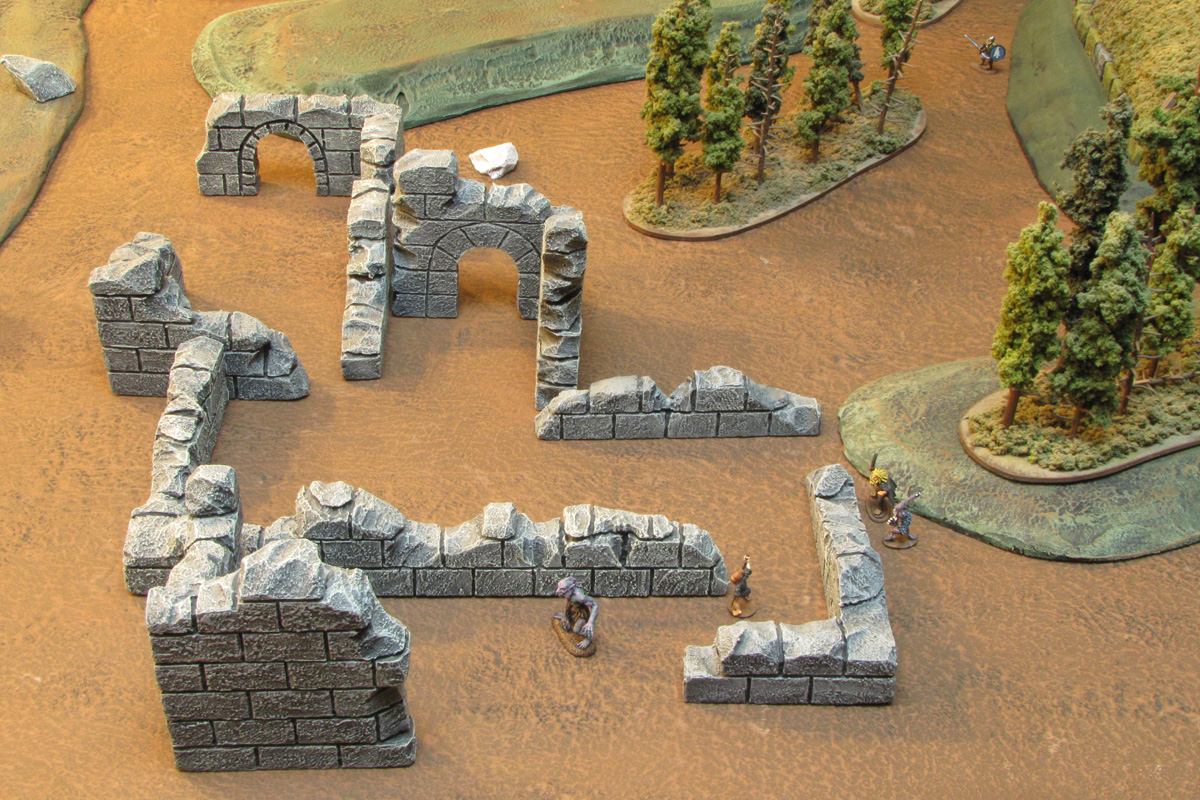 It dropped into a deeper chamber in the floor. Wynston followed. She looked briefly around the shadows of the chamber which could hide any number of trolls, and had Bleddyn throw her a rope and lift her out. They went to find Kvig and return to their warm home hurt and empty-handed.

Sagas of the Gautrian Kings #45- The Outlaws>>