After the League of Nil-ith Horn troops drove off the ambushing humans, Gazzi-Ura treated Eskander with a hemus healing potion and the soldiers removed the road obstructions. They continued north, Gazzi-Ura and his orcs scouting. 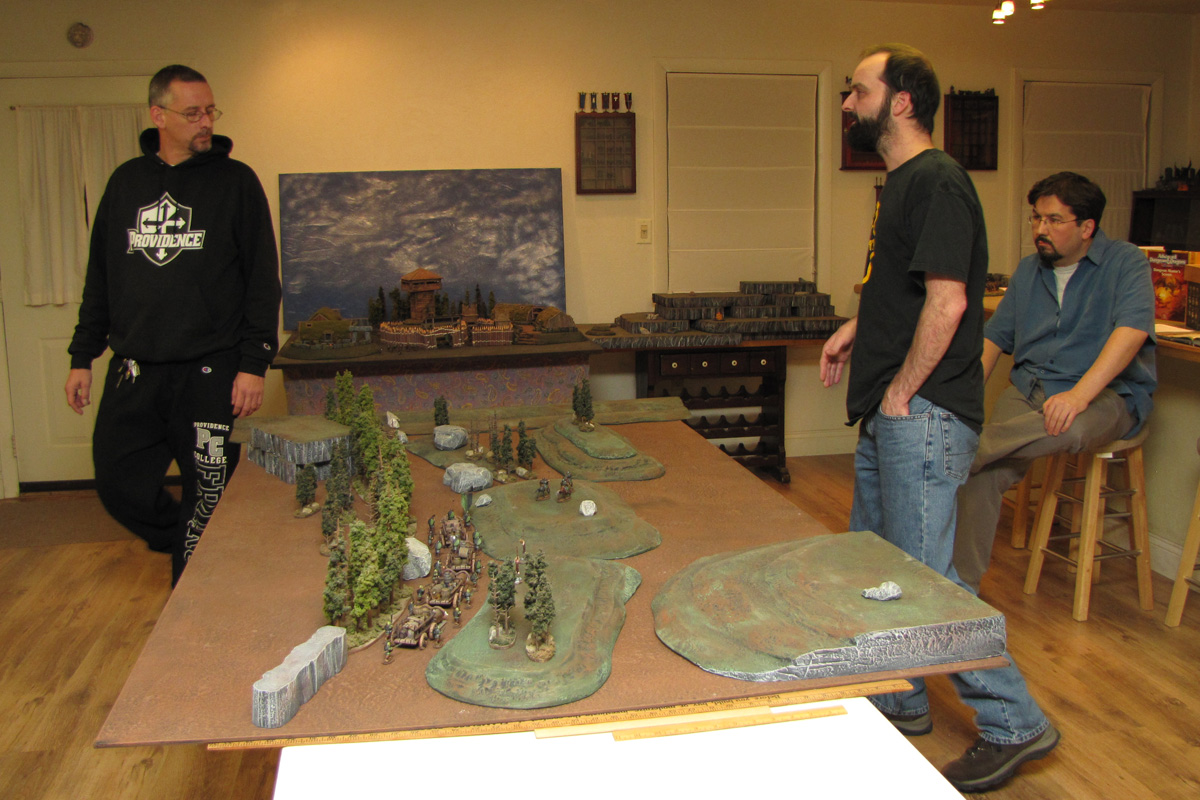 Gazzi-Ura picked up tracks of a group of wild men following them. Eskander and his officers gave chase and engaged a few of them. These humans were clad in wolf skins and moved like panthers through the trees. The League soldiers killed one, but the rest vanished into the woods. 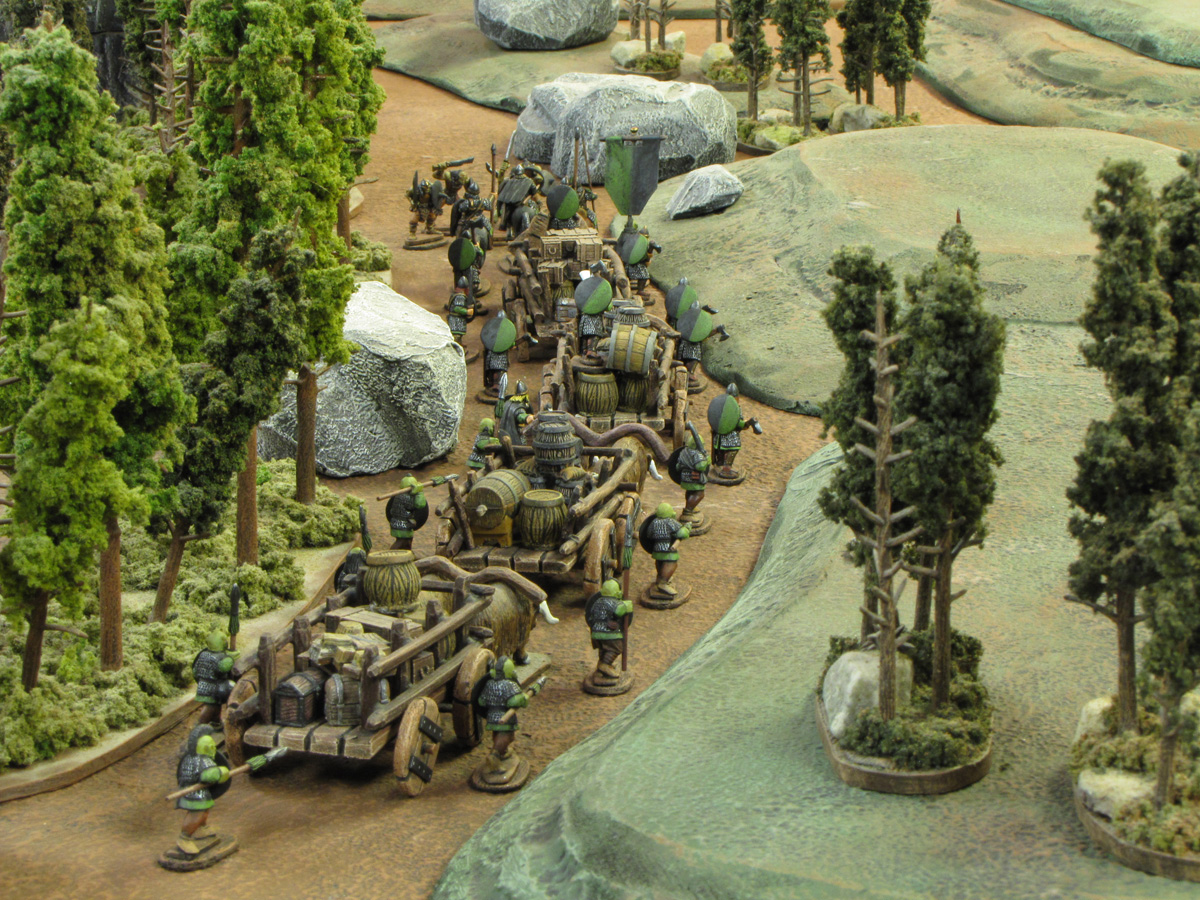 Near dark Eskander had his men and orcs set up camp with heavy guard. There passed a tense few hours until wolf howls were heard and the wild men burst from the darkness. Several ulfhednar went for the command tent. Eskander quickly responded and slew his attackers. 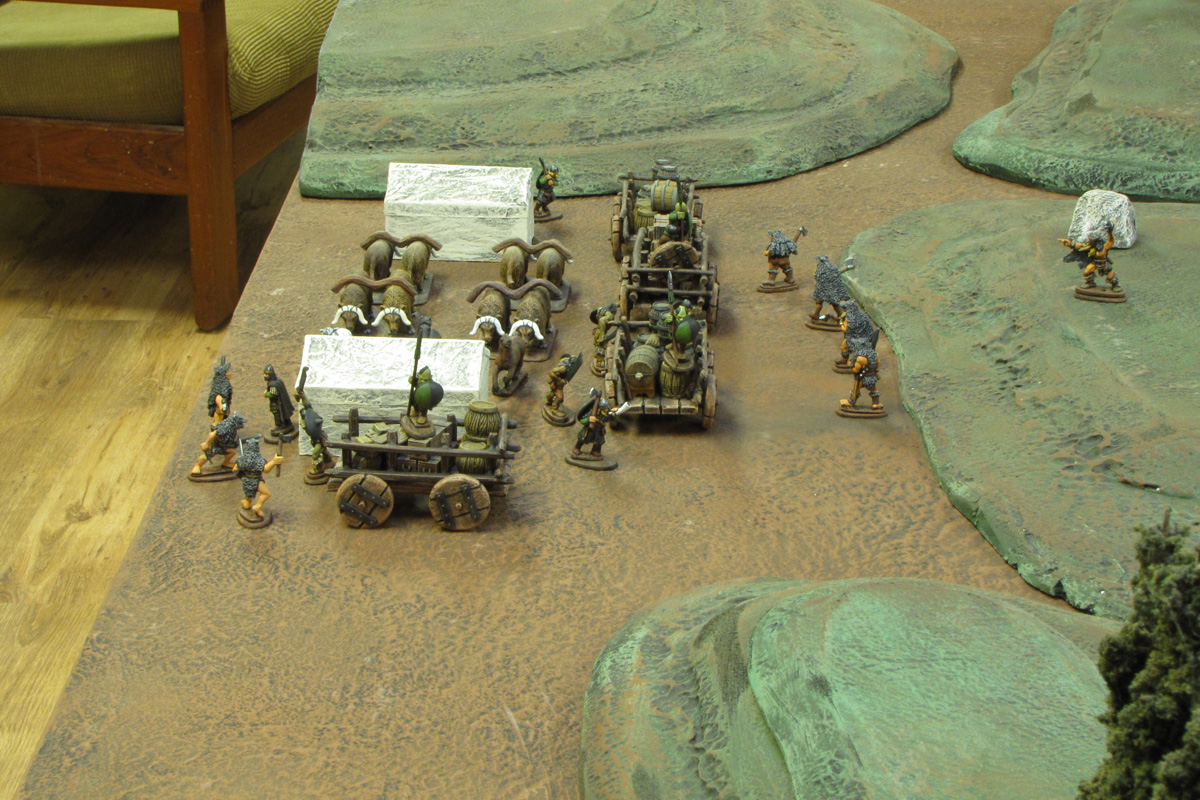 Gazzi-Ura charged at the shaman on the hill, but was kept from his target by 2 axe-wielding savages. Eskander ordered his officers on horseback and rode to aid Gazzi-Ura. 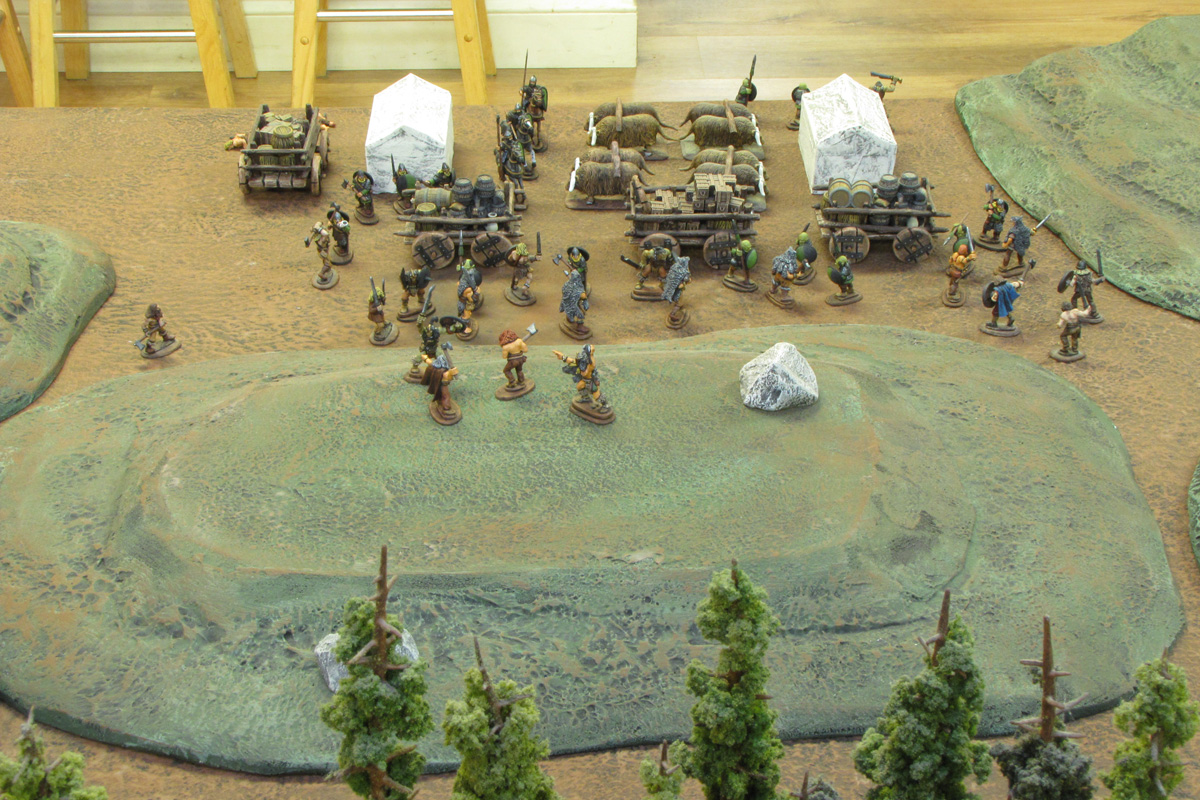 By the time Eskander reached the hill, Gazzi-Ura was lying wounded and the shaman had fled. 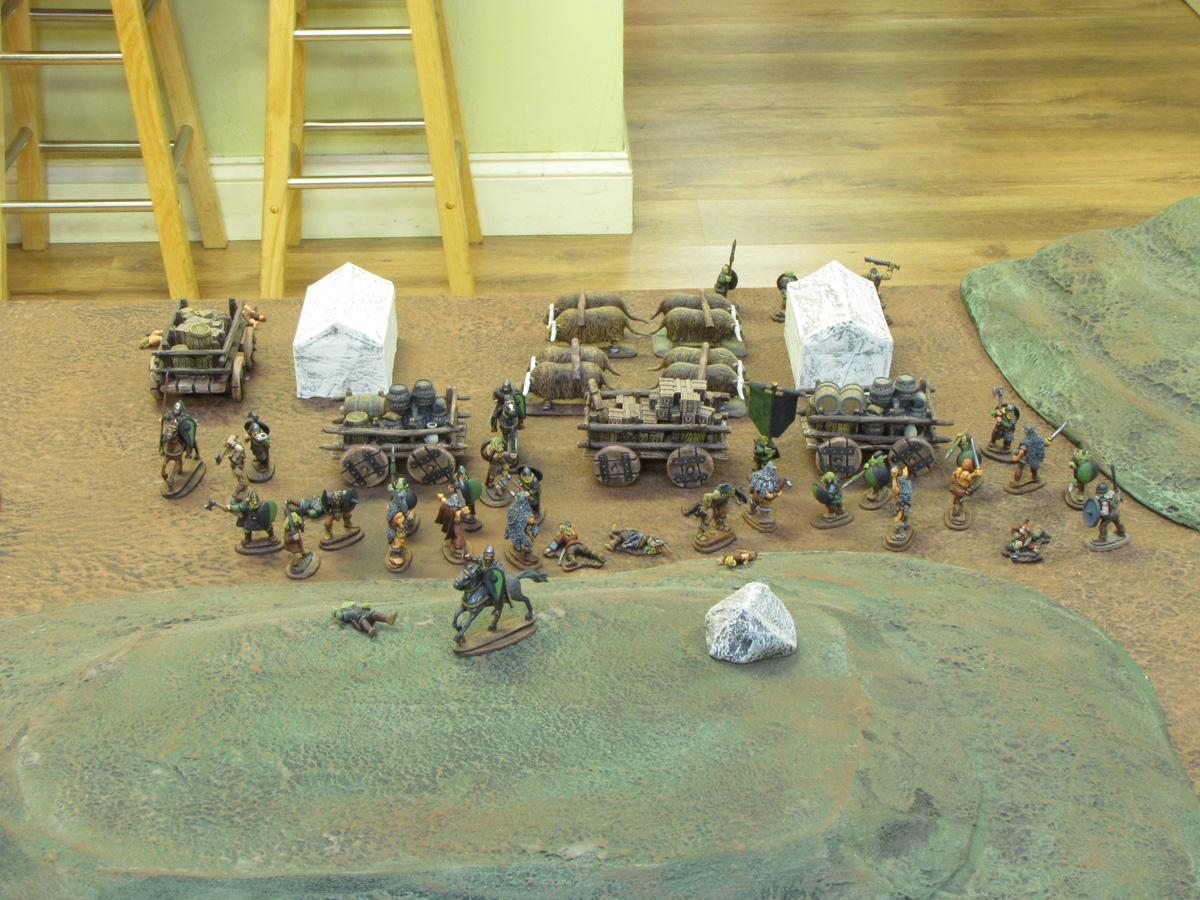 The League of Nil-ith Horn soldiers slew several of the wild men while the rest howled and escaped into the forest. 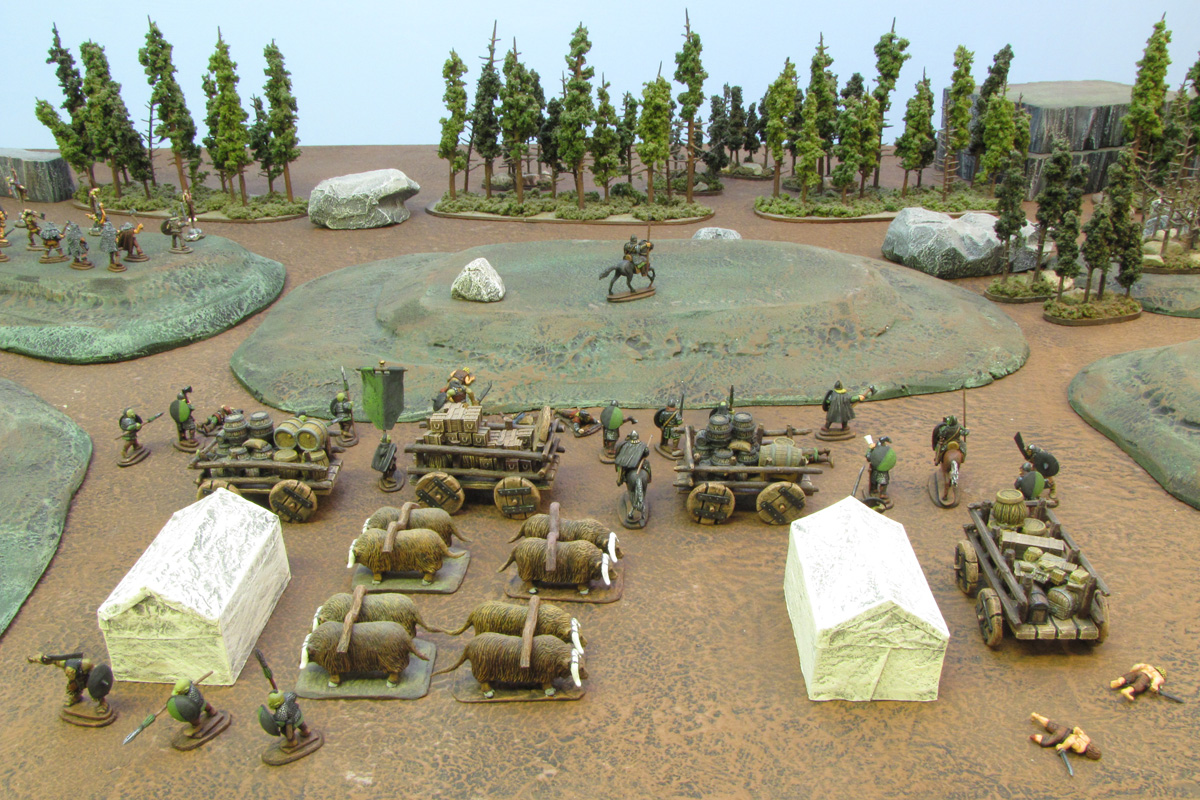 It was Eskander’s turn to give Gazzi-Ura the healing hemus. They secured their camp and prepared to continue their trek to the wooden outpost of Rostok hold. 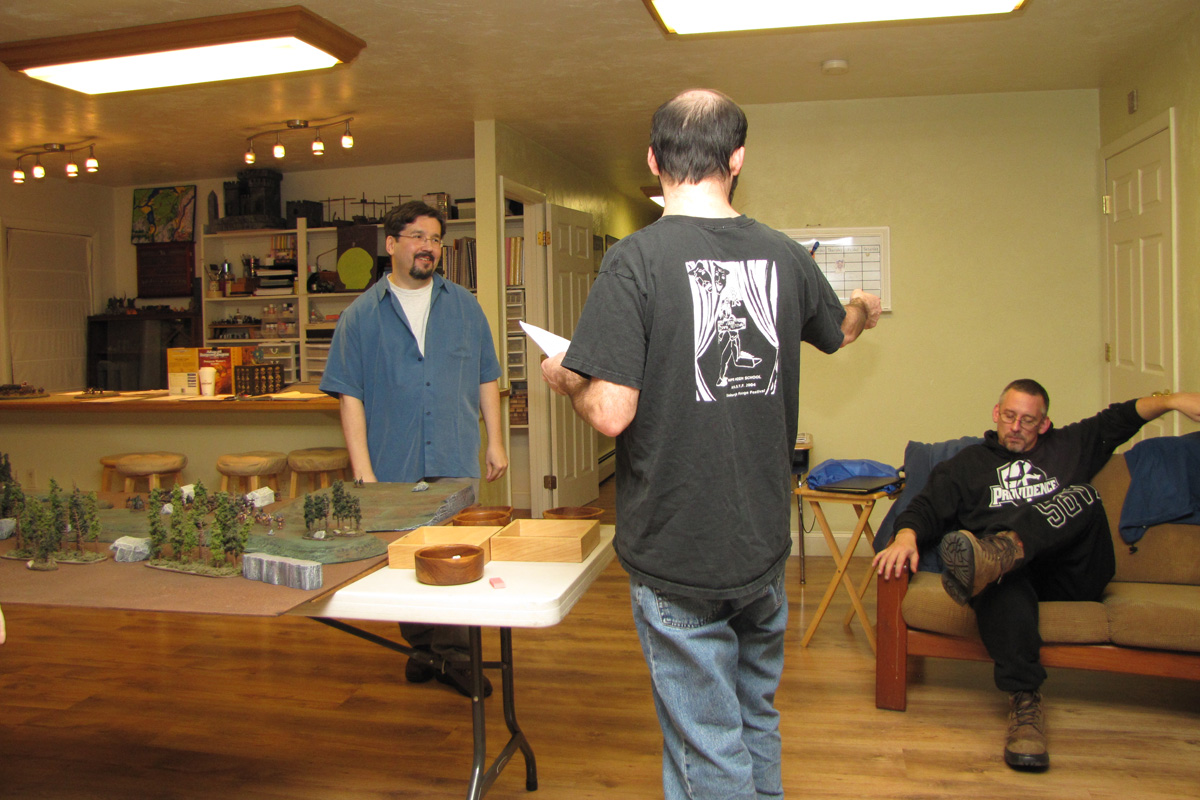