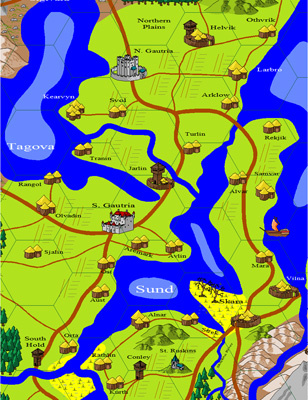 Spring arrived early, and brought with it hope for Kvig Melgarson to continue his quest to unite Gautria. Two ships were secretly constructed over the winter for him. They were outfitted with a unit of loyal bonders each and waited at the village of Alnar to cross the lake and repel the League of Nil-ith Horn forces from North Gautria. 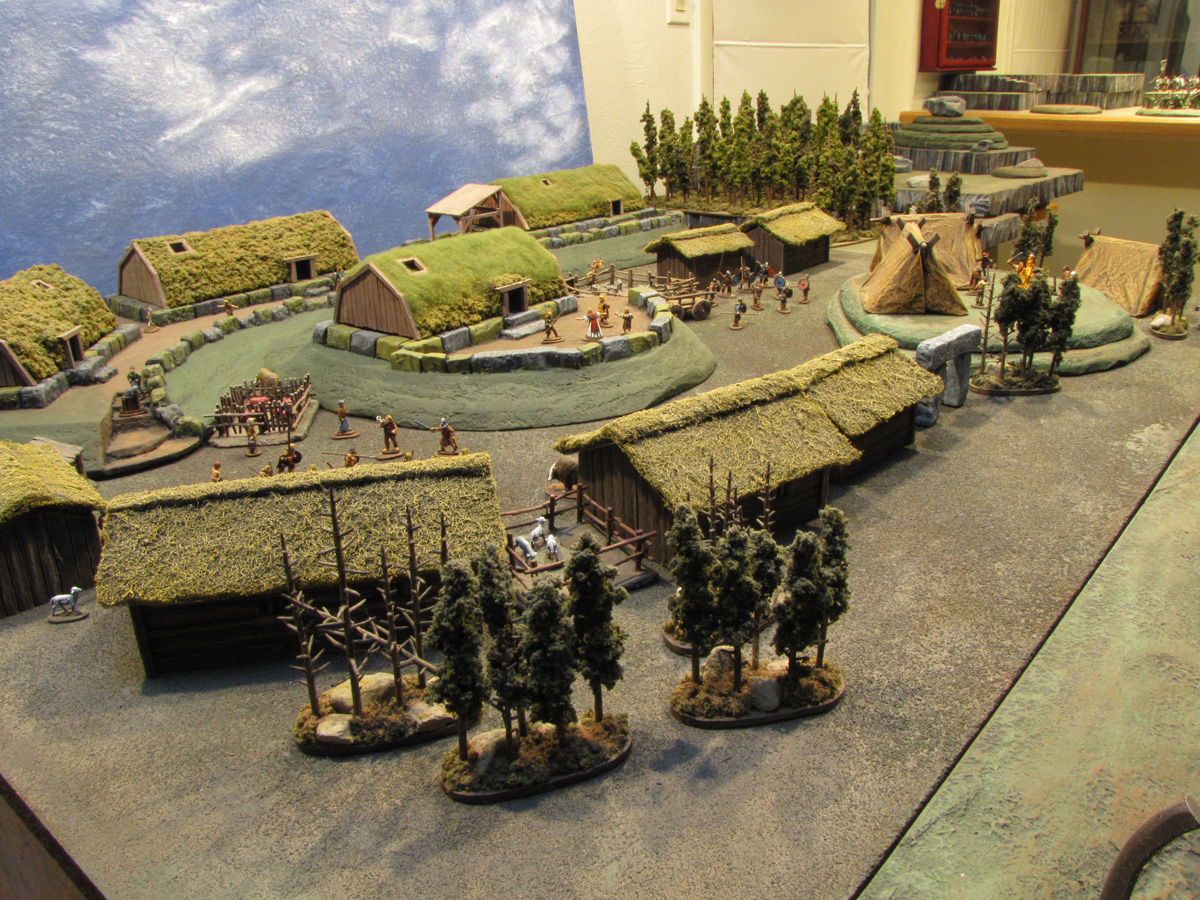 Wynston, Bleddyn and Kvig were en route to that village when one of the ulfhednar intercepted them with a warning. Two units of heavy cavalry under Sir Reinhard had taken over Alnar. They terrorized the population and brought hostages with them from the nearby village of Strek: Kvig’s village-wife and her father. It was the perfect trap for Jarl Kvig and his companions. 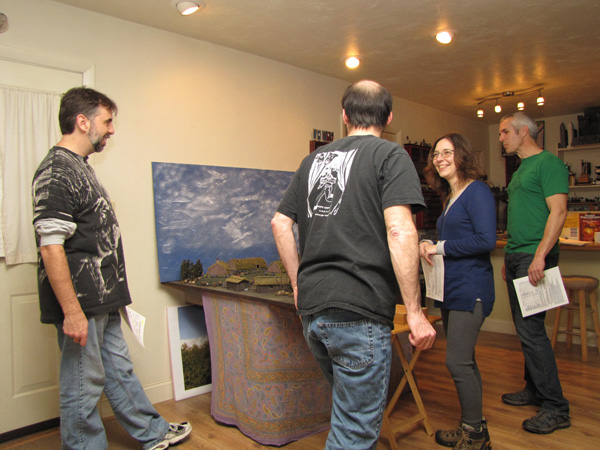 When the trio got to Alnar, master spy Wynston climbed onto the house where Reinhard and his hostages were. As she waited for Kvig and Bleddyn to get positioned, she peered inside. There were a few other women-folk about, as well as a second armored knight. Once Kvig was on the roof, Wynston dropped through the smoke hole and sprang behind Reinhard. She had her mithril long knife to his throat before anyone realized she was in the room. 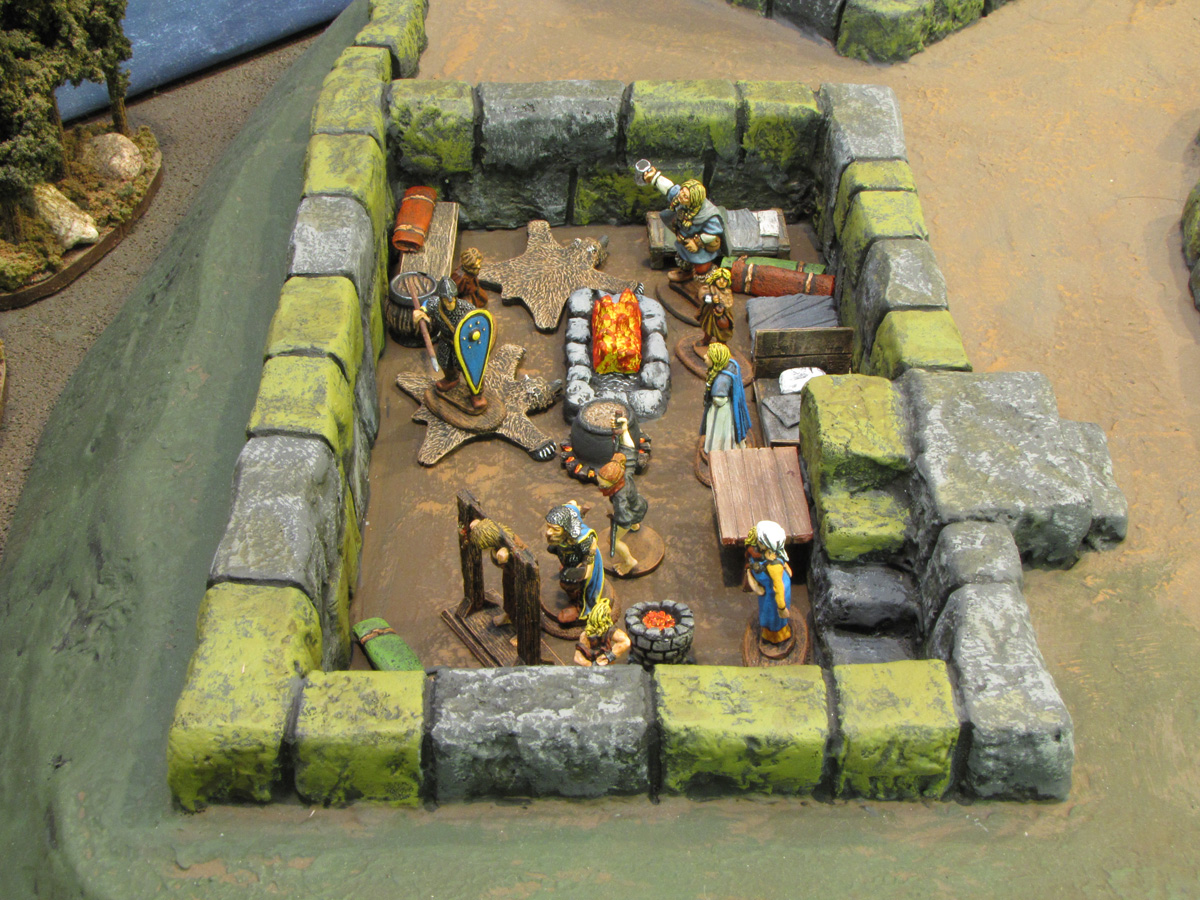 Wynston was hesitant to slay Reinhard out-of-hand. He was the second of Kvig’s brother Jarl Hegg, and commanded the Gautrian cavalry in the lands of Timlin. However, Reinhard had challenged Kvig on several occasions, arrested him, kidnapped his village-wife, and was currently in possession of Bleddyn’s sword, the third-best warsword Wynston had ever laid her blacksmith’s hands on. While Wynston wavered, Kvig was spotted on the roof and left the smoke hole. 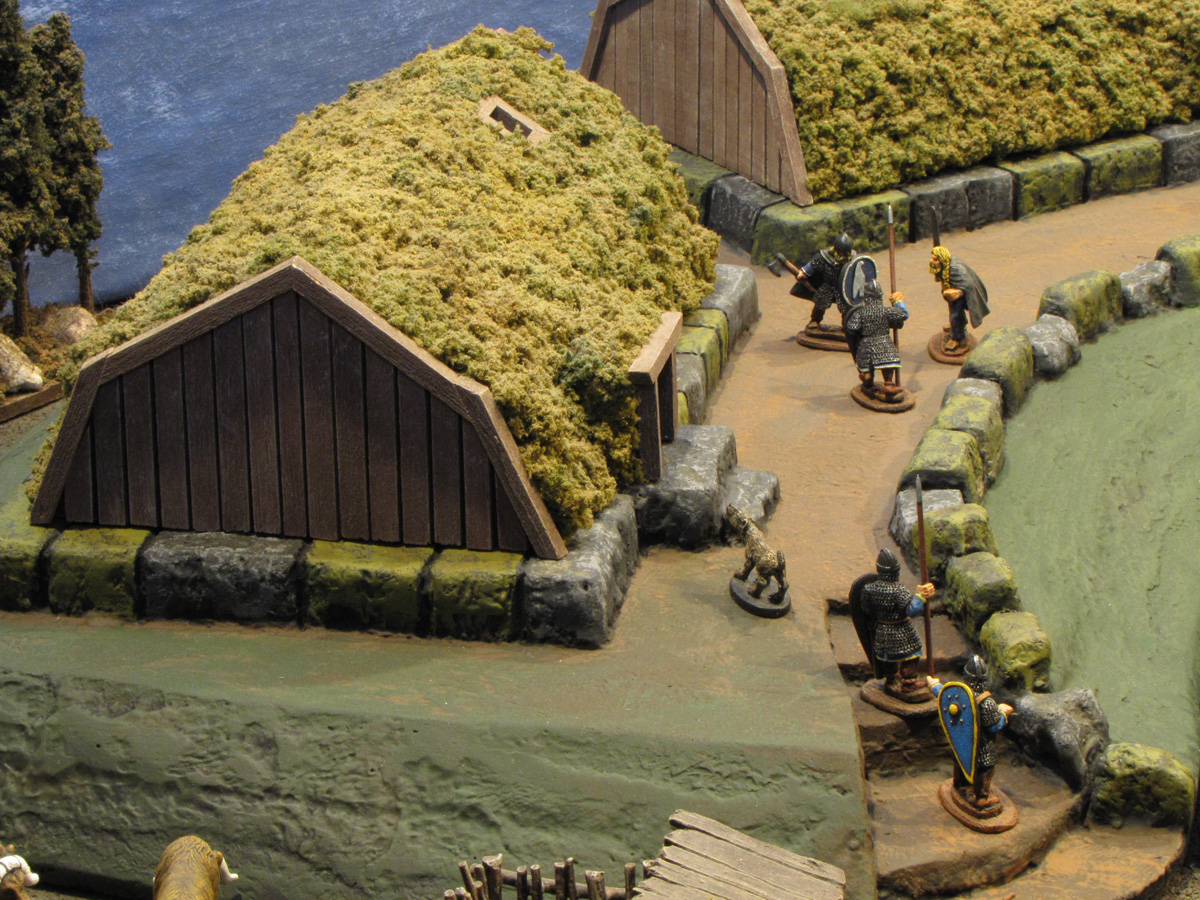 Reinhard sensed the delay and tried to elude Wynston’s grasp. Both the armored knight and the well-dressed woman in the corner drew swords. Wynston and Reinhard struggled. Bleddyn stormed through the front door and joined the melee. The combat turned deadly and Bleddyn and Wynston slew Reinhard.

Kvig was faced with one of Reinhard’s knights, and Kvig’s own man Arnsten. Arnsten was true to Kvig and threatened the knight. Others were drawn to the commotion in the house. When a bloodied Wynston came out with the keen Thuringian warsword, the men quieted. She delivered the sword to Kvig. Kvig raised it aloft and offered terms to the leaderless knights. Any who wished could swear oaths to him, the rest could ride back to Hegg and Timlin Town. A handful of men swore oaths and joined the bonder units re-forming in the center of the village. The other knights took the riderless horses with them and rode away. Kvig gifted the sword back to Bleddyn. The ulfhednar arrived and added their numbers to Kvig’s retinue. 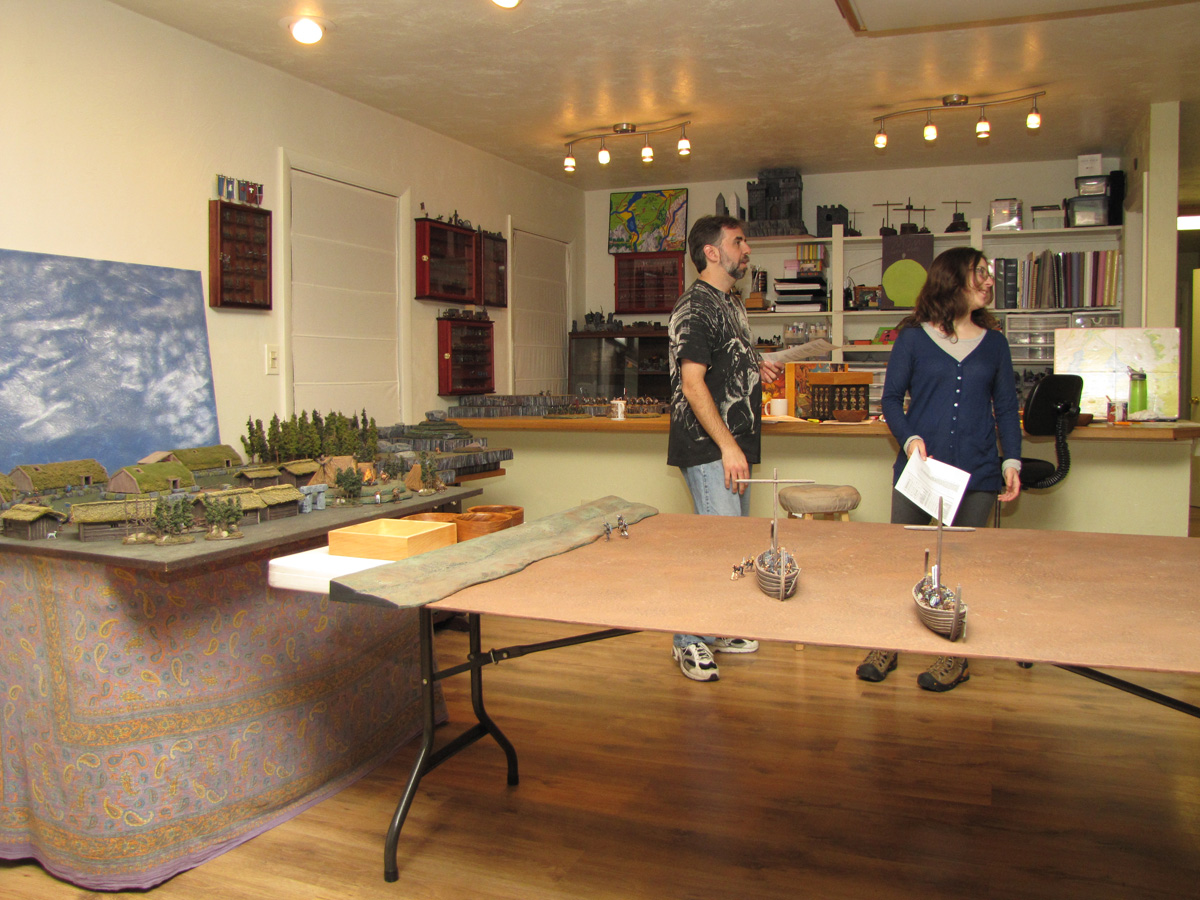 Kvig and his followers set sail over Lake Sund, and landed near ruins that had been the village of Turlin. Their scouts were reading the signs of battle when they were met by Herigar Kolson and the cavalry from Helvik. Herigar was the Huscarl of Helvik, respected by Kvig and Kvig’s father before him. Herigar gave Kvig foul news that his other brother Olaf, the jarl of Helvik, had sent no troops to fight the League of Nil-ith Horn forces at the Battle of Turlin. King Gorm himself had been slain defending the lands here, while Olaf was too weak to fight. Instead, Olaf took much drink in his hall, and only the council of his woman Ragna.

Kvig vowed to be the one who would push the League of Nil-ith Horn from the lands of Gautria. Herigar told him of an orc camp nearby, and they marched together on it. The orcs stood little chance against the enraged Kvig Melgarson and his fighters.

The orcs were slaughtered and Kvig made ready to return to his ancestral home of Helvik. What kind of welcome could the warlord Kvig expect from his brother, rightful jarl of Helvik?