We had the pleasure of hosting old gaming friends this week for a couple of Fantasy Warrior throw-downs. 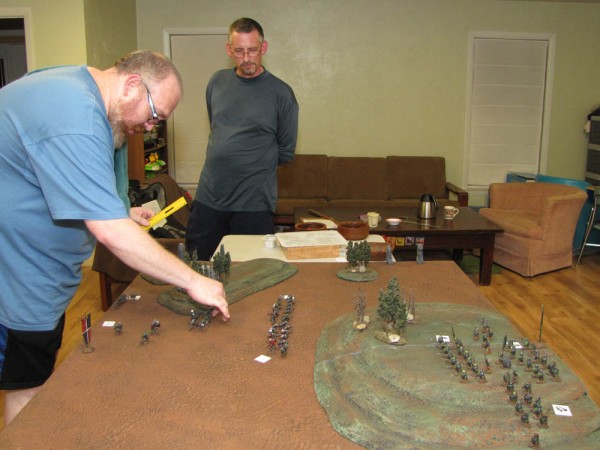 One played the Vangen orc faction ruled by Valden the Ruthless, a giant urog who rules with an iron fist. The other played the League of Nil-ith Horn orc forces, commanded by Graf Gorik. 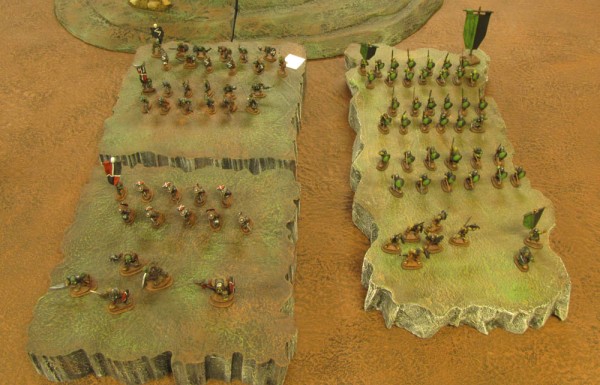 The Vangen horde on the left, and the orcs from the League of Nil-ith Horn in green on the right.

Valden’s troops have encountered the contingent of League orcs pinned on a hilltop. 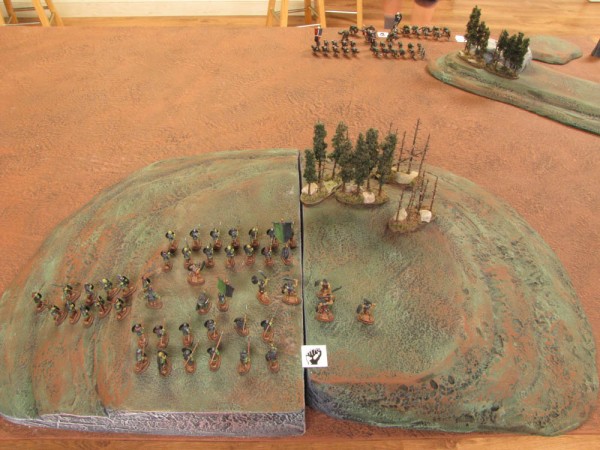 The Vangen orcs move inexorably closer to the hill where Graf Gorik and his League orcs stand fast. 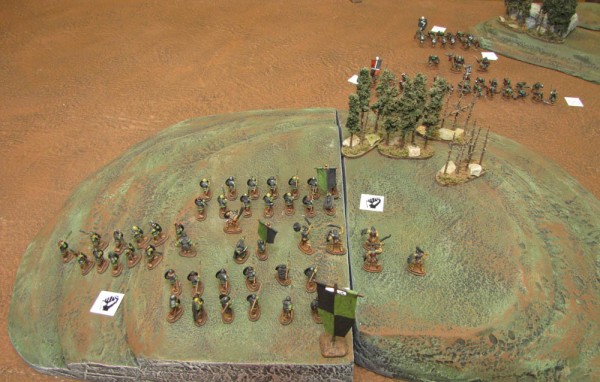 Valden sends his troops around the hill, aiming for the League orcs’ flank.

The orcs on the hilltop respond and line up to face the charge. 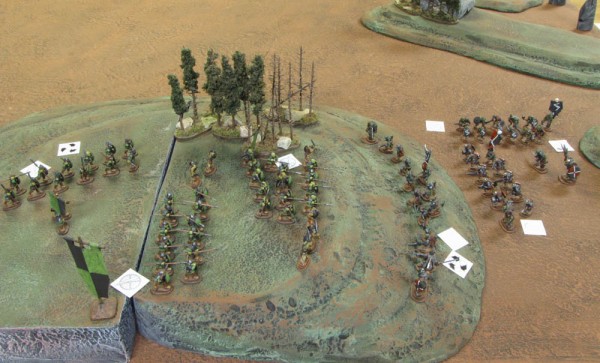 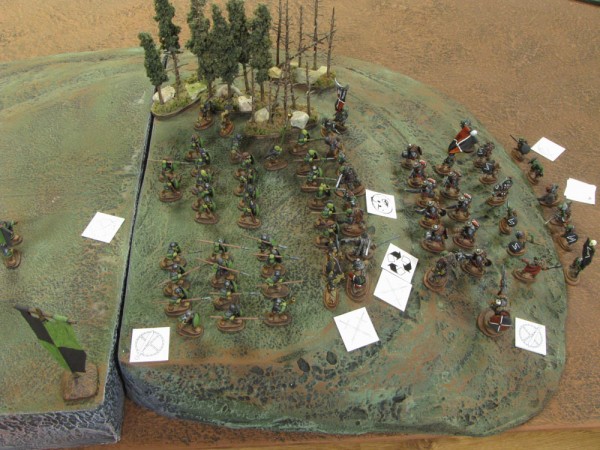 The Vangens slice through the League orcs, almost destroying an entire unit and forcing a gap on the hilltop that the elite valdgrafs quickly fill. 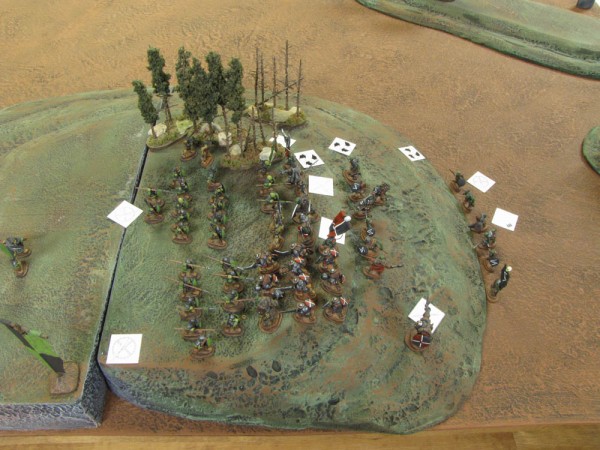 The commander of the League of Nil-ith Horn forces ponders his next move. 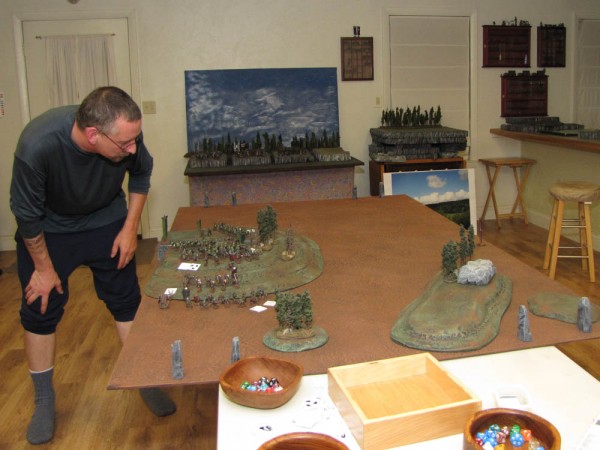 The valdgrafs do manage to destroy an entire unit, leaving one unit of League orcs alone on the hill. 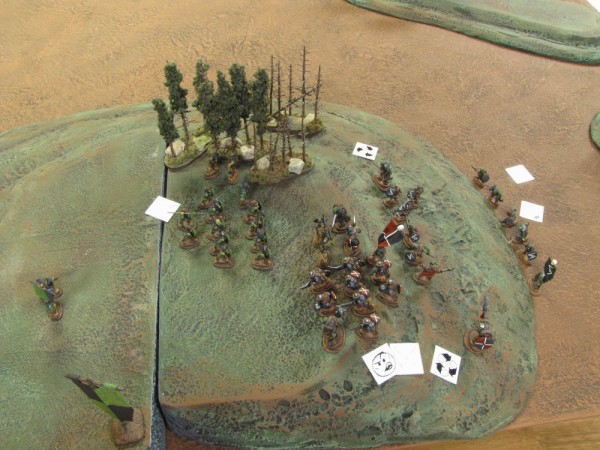 One last orc from the League of Nil-ith Horn is slain by a lucky javelin. That breaks the nerve of the remaining unit, and they rush from the field in a hasty rout. 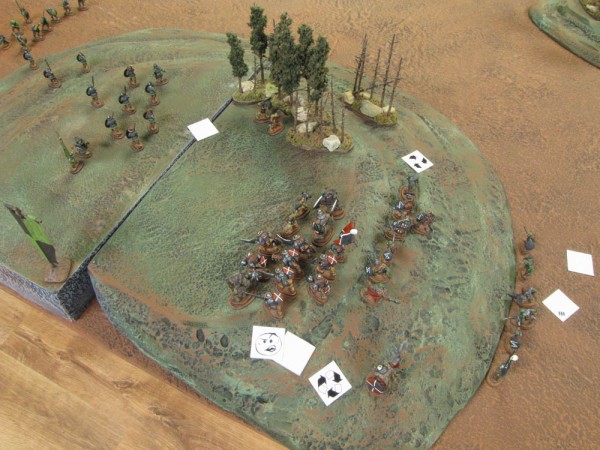 Valden and his Vangen orcs rule the day!