After Kvig Melgarson announced himself King to the bonders of Timlin, the current king Magnus declared Kvig an outlaw. Kvig’s brother Hegg, the jarl of Timlin, had his heavy cavalry bring Kvig to the keep in that town. Bleddyn and Wynston tried to infiltrate the keep, but Bleddyn was detected and himself captured. Wynston slipped out of the keep and into Timlin Town. 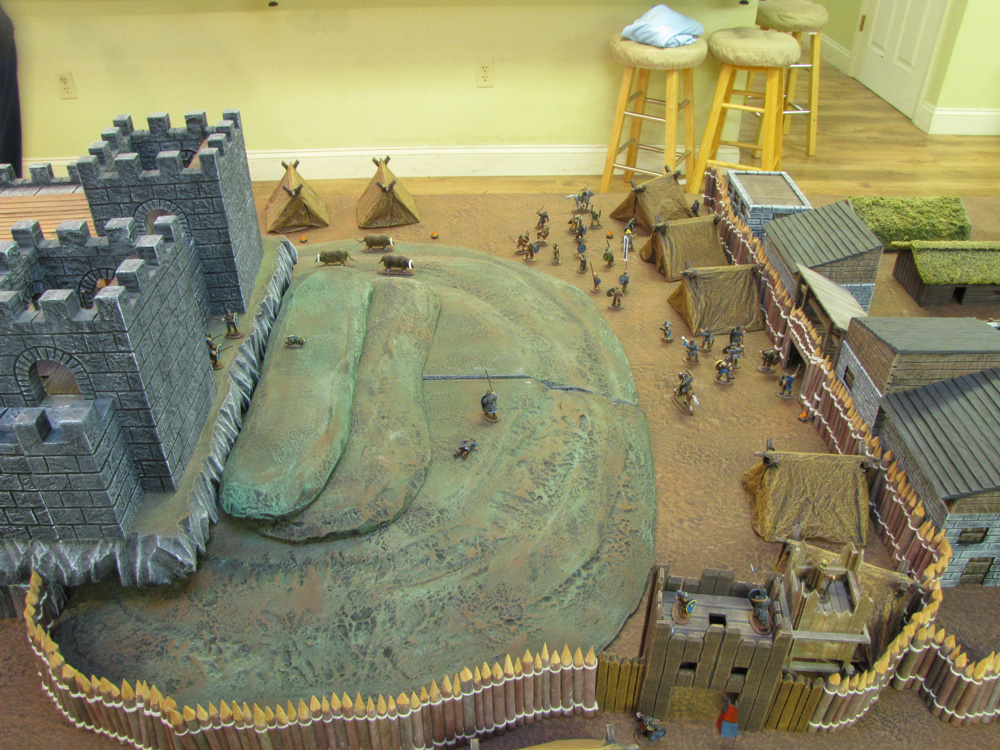 Wynston went to Kvig’s loyal priest and soldiers in their encampment and told them of the predicament their Jarl and Champion were in. They dispatched a runner to Bleddyn’s inn to warn his men. Alone, she returned to the keep to win free Kvig and Bleddyn. 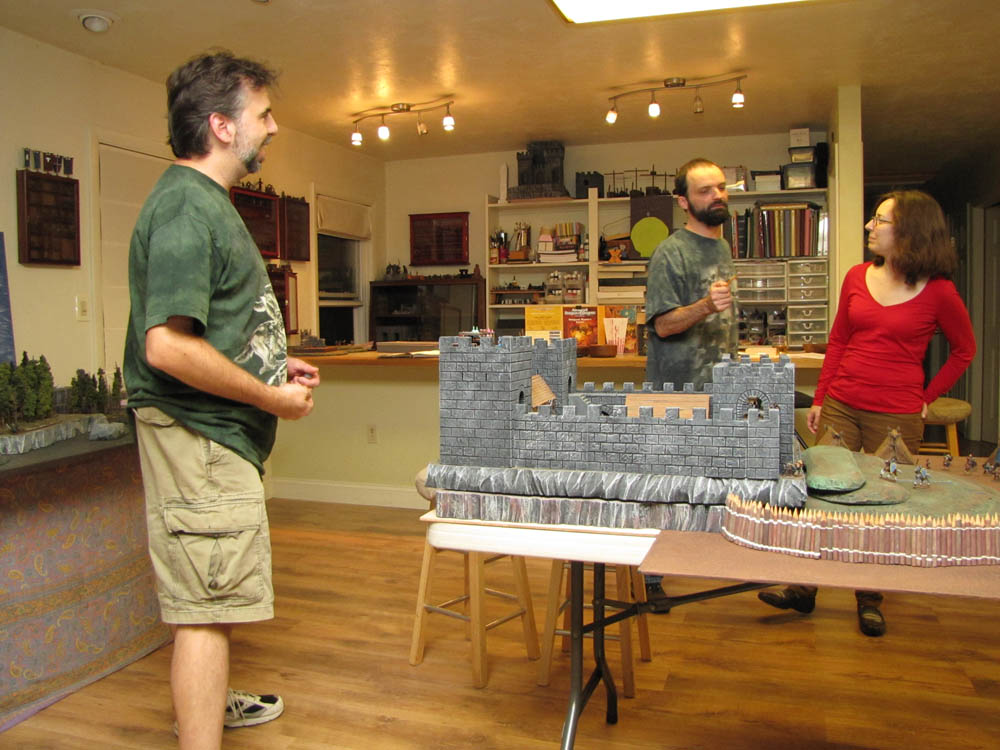 Wynston climbed the tower and found two soldiers atop the dungeon entrance. Relying on her speed and strength, she bull-rushed the closest guard and knocked him off the wall. He fell with a thud by the barred window of the cell Kvig and Bleddyn were in. 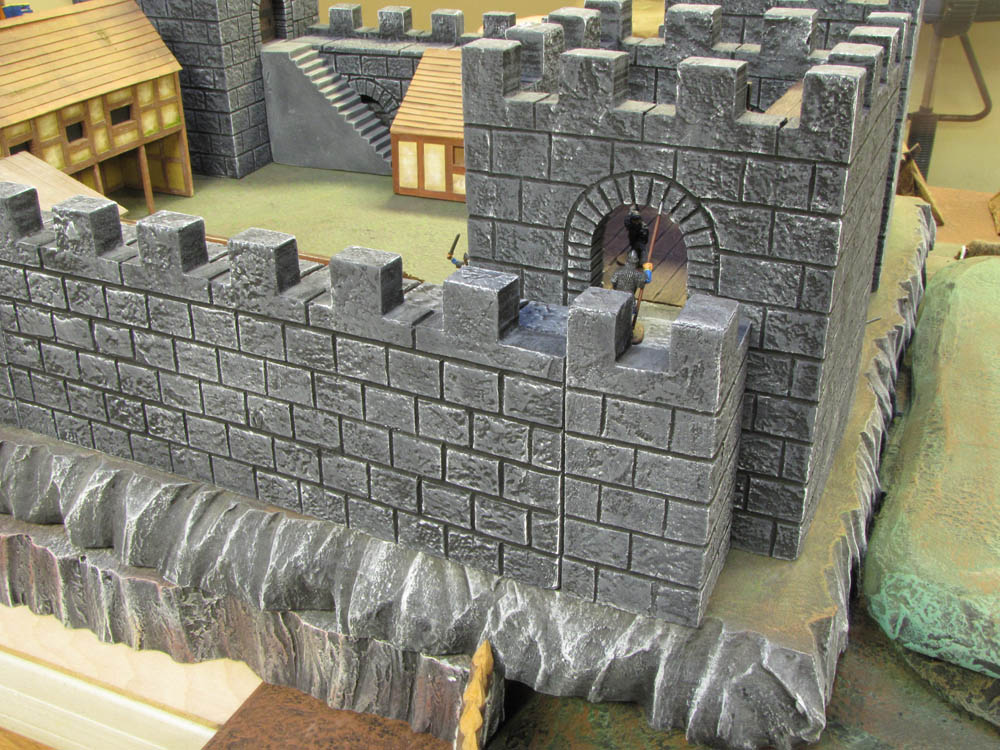 Eyes wide, the second soldier backed away as Wynston threw open the hatch. Kvig and Bleddyn emerged and more guards responded to the fighting. 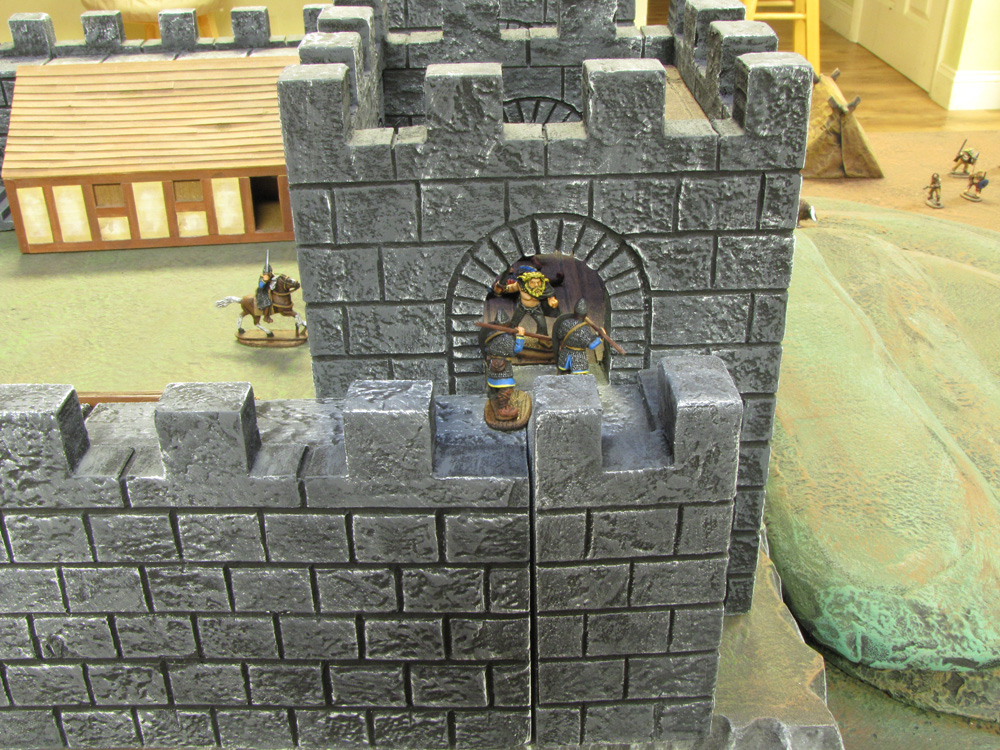 Wynston took to the catwalk and fixed a rope down. The keep was in a clamor at the escape. 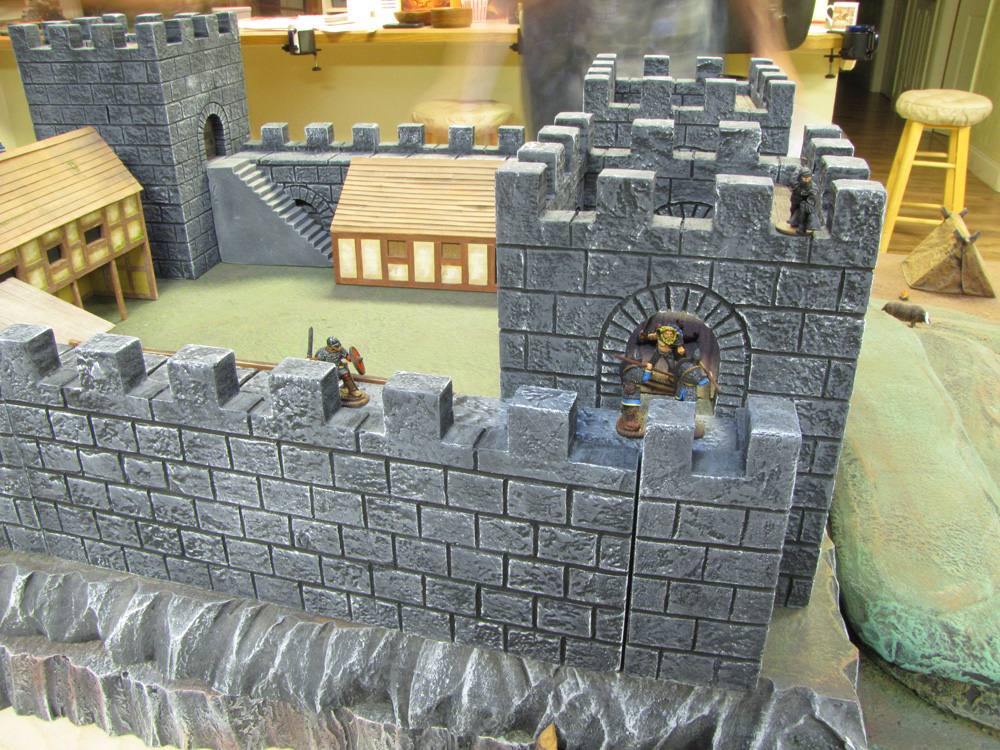 The three heroes climbed down and sprinted toward the camp. Hegg’s knights came close behind to threaten Kvig’s troops. It would be a bloody battle to win free with Kvig’s retinue. There was no choice but for Kvig, Bleddyn, and Wynston to take to the night and sneak away.

<<Sagas of the Gautrian Kings #42- King of the Bonders