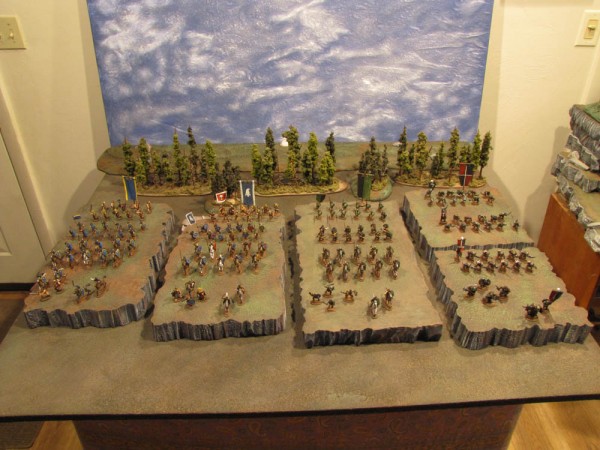 Our guests were greeted on arrival Saturday night with a selection of armies. For our first battle, our long-time gaming friend who plays our Jarl in our sword & sorcery RPG commanded his Gautrian troops against an army of Kildarians, played by myself. 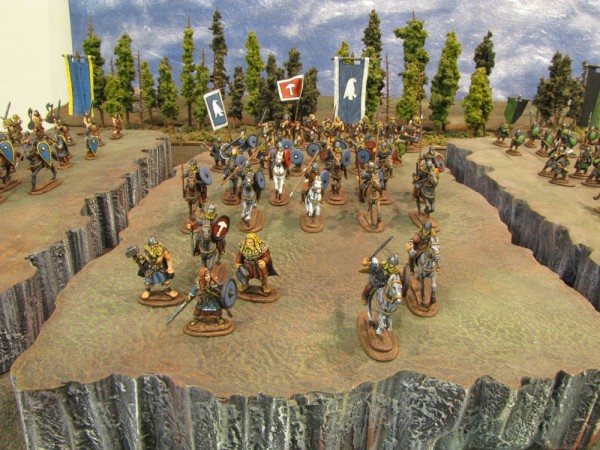 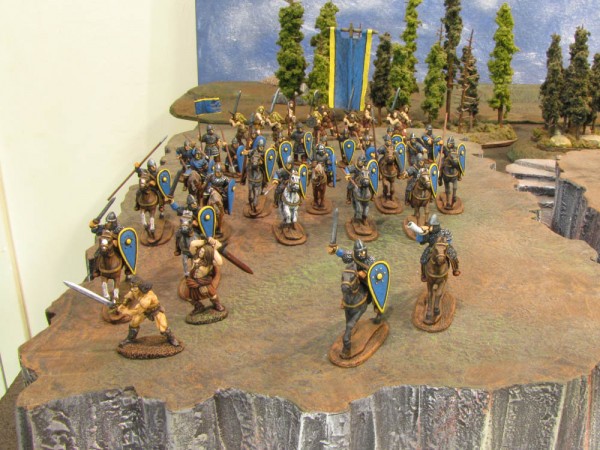 Our Jarl deployed first, taking high ground with his bondi. I answered with my strength in the front. 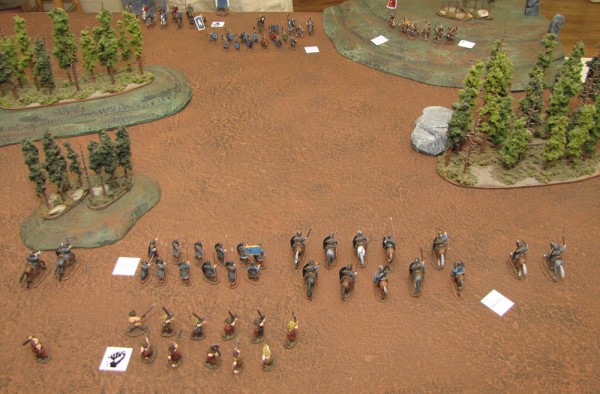 I then immediately went on the offensive, hoping to wipe out his bondi with my knights, and marching my infantry right down his throat. His Gautrian Thanes took cover behind the wooded hill. 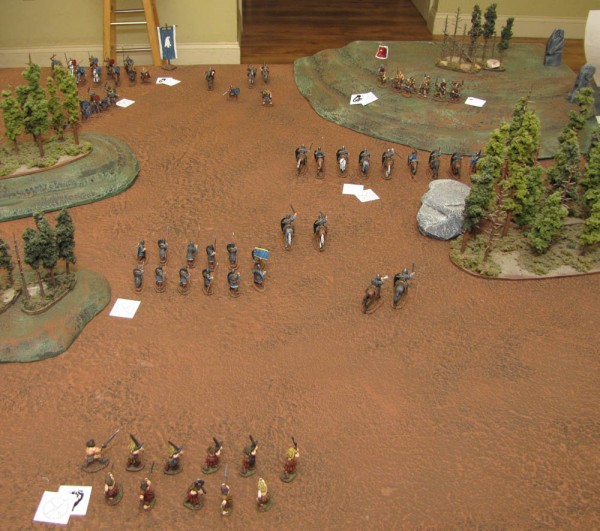 His Bondi put up a fantastic fight, keeping my cavalry occupied on the sloping hill. The Gautrian knights met my Kildarian heavy infantry in the center of the field, making one mighty force to overcome if I had hope of relieving my cavalry. 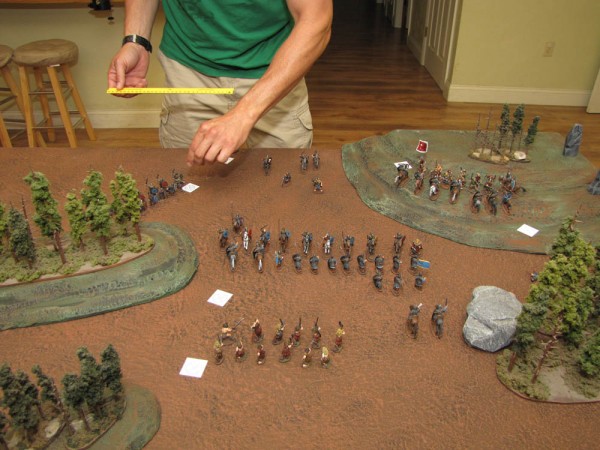 Suddenly, the Thanes spring from behind the trees to take my Kildarian knights from behind. 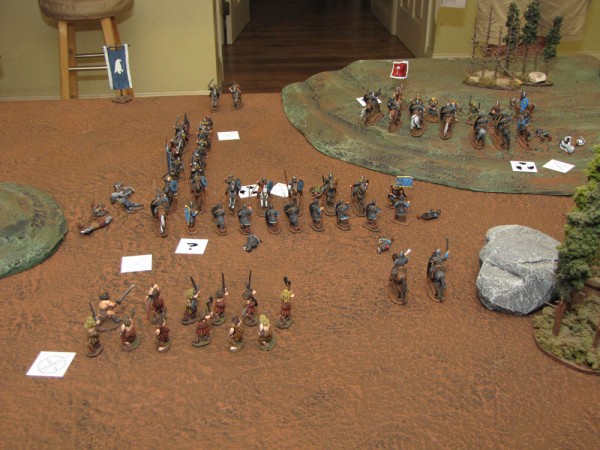 Much to the surprise of the thanes, my Northernmen light infantry are fast and close with the thanes before they can reach my Kildarian knights. 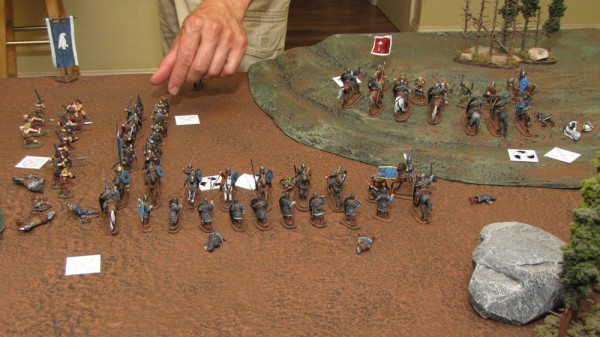 The better armored, better disciplined forces of the Gautrian thanes are too much for the savage Northernmen, however, and the light infantry is decimated and routed. Likewise the Kildarian footmen are overcome by Gautrian cavalry. 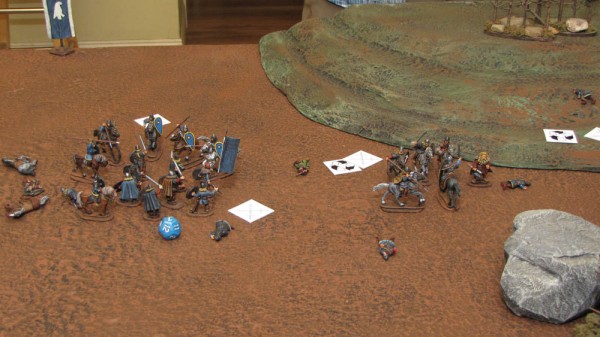 My knights, having finally demolished the bondi charge down the hill to engage the thanes, but it is a futile gesture as they themselves are routed. 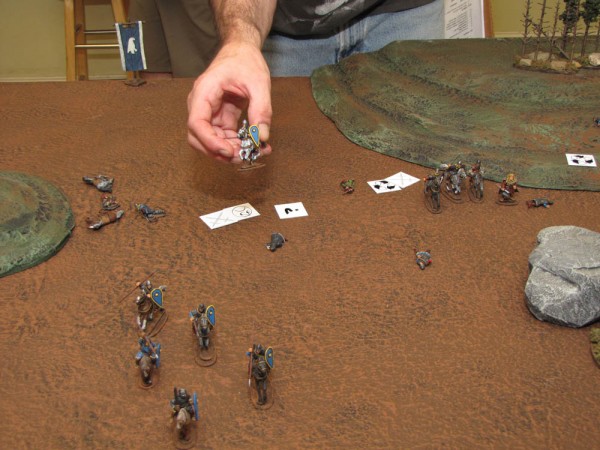 And I suffer my first defeat since losing to my husband on opening weekend. Well played, Kvig!