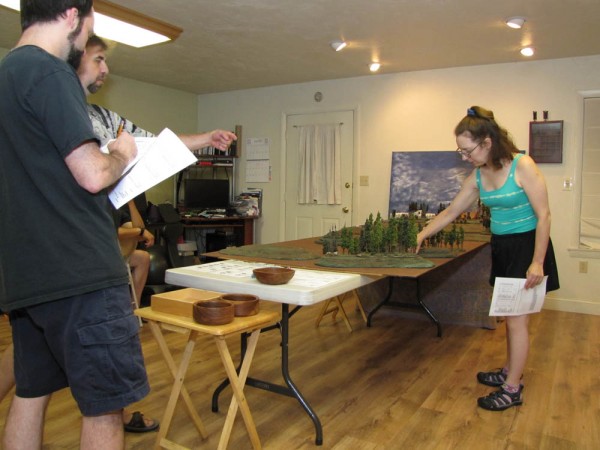 They find wild orc scout patrols in the woods nearby. 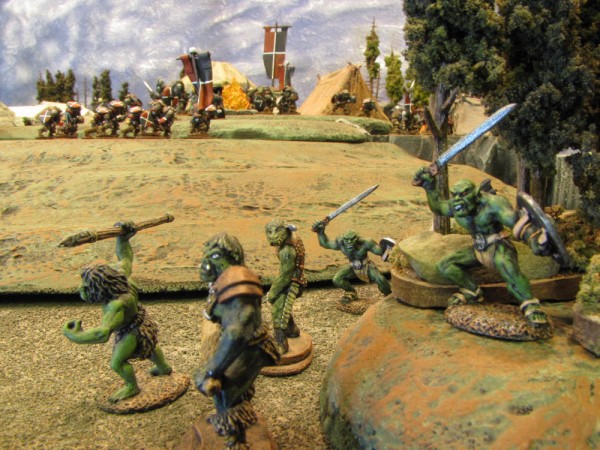 As Valden’s war council stretches into the night, Bleddyn and Wynston return to Kvig and urge an attack at dawn. Kvig agrees and the humans prepare for battle. First light reveals the Gautrian army opposite the orc camp, a muddy field between them. 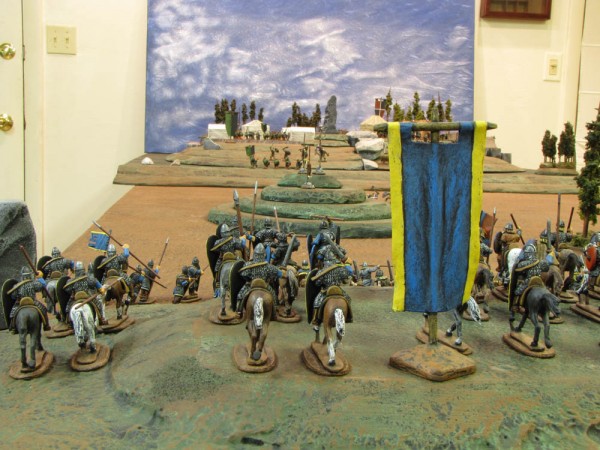 Jarl Kvig takes the center of the field. Most of his personal retinue is a unit of heavy thanes that has followed him since he left Helvik over 6 years ago, and the rest a unit of faithful bonders from Timlin Town. Also in his command are a unit of the king’s heavy cavalry. Under the yellow-on-blue banner on Kvig’s left, Baron Vulmar (Jevenkah) leads his own heavy knights, along with one unit of heavy infantry and one unit of bonders belonging to the king. 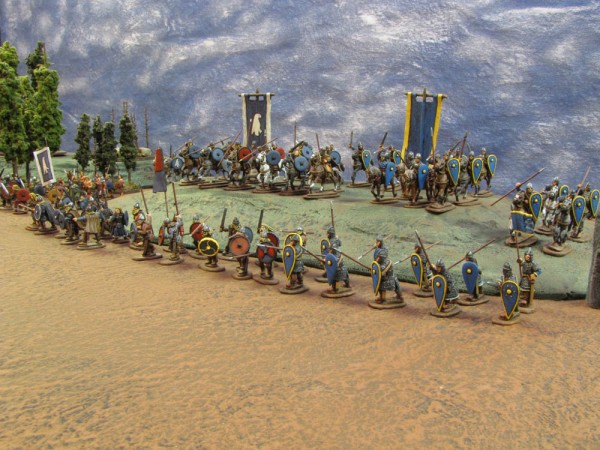 Fading into the forest on the right flank is Bleddyn. Bleddyn hides his Utvalgte men and a unit of light bonders called from outlying villages of the king. They remain in the safety of the woods until… 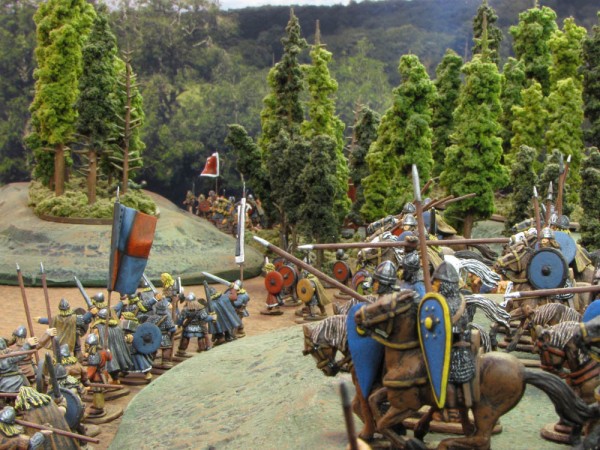 …the orcs call to Jarl Kvig to send out a champion! Only the mighty Bleddyn Yorath has the fighting prowess to answer the urog that lurches across the battlefield. 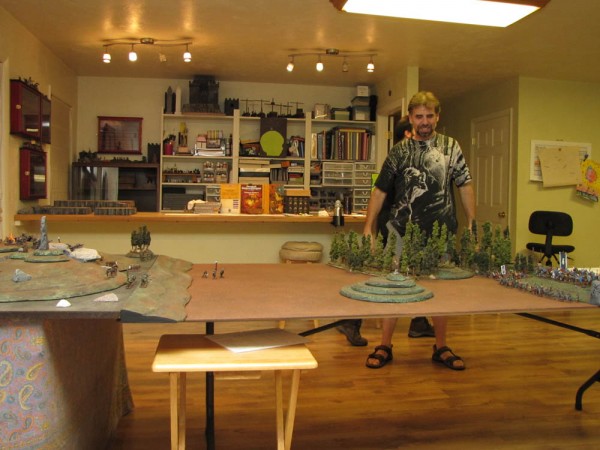 The forces of Gautria crowd behind Bleddyn, his hero and bannerman. 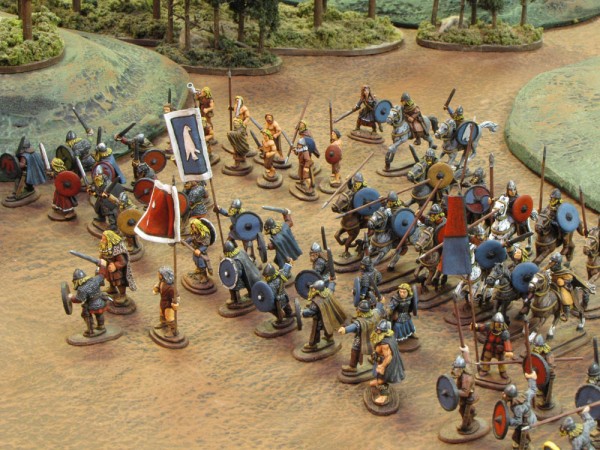 If Bleddyn can slay this urog, perhaps that will inspire the troops. 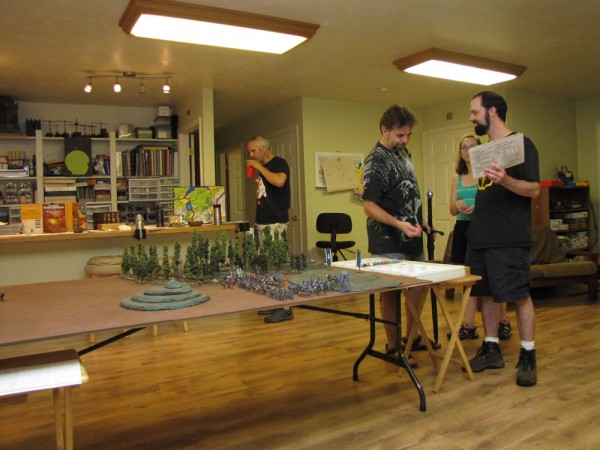 The armies on both sides form up as the champions meet each other. 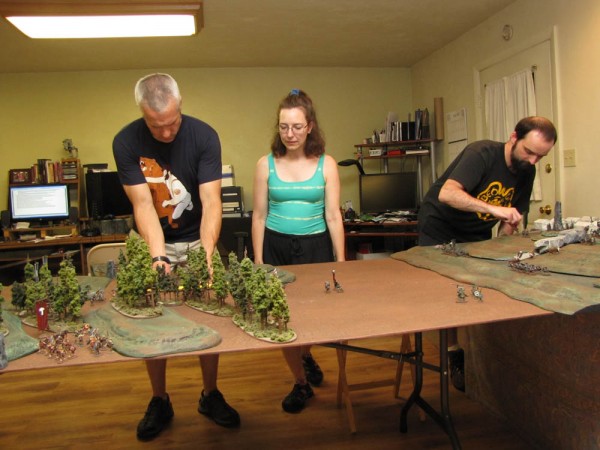 The orcs shout fiercely for their champion Untak. 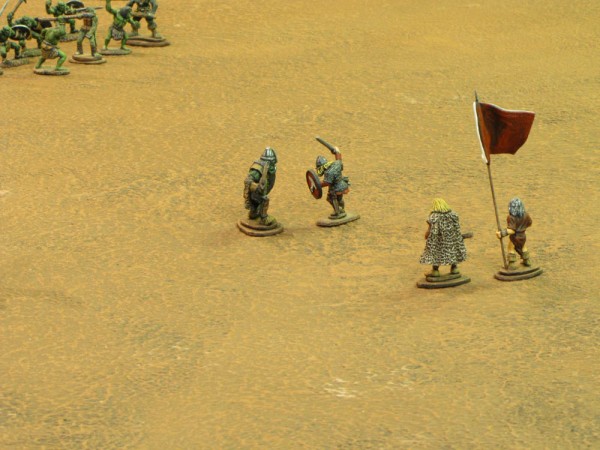 But it is the Gautrian cheers that echo on the field as Bleddyn lands the final blow, severing Untak’s head from his shoulders and routing Untak’s unit of orc warriors. 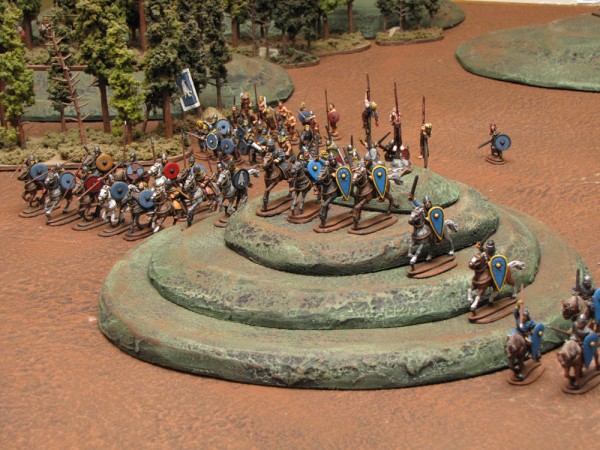 Bleddyn stands victorious for the Gautrians in their first engagement. Will it be enough momentum to hearten the outnumbered humans? 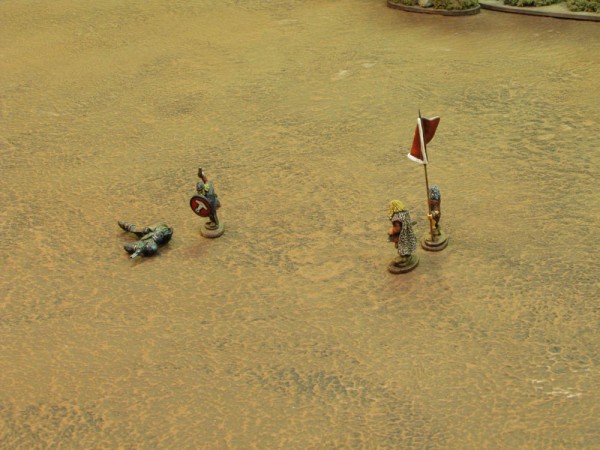