This is the climactic fight Kvig Melgarson has been looking- some say unwisely- to have out with Valden the Ruthless and his horde of Vangen orcs. Valden’s forces number almost a third again more than the Gautrians. However, the Gautrian army consists of a larger percentage of better armored troops.

Just days before ( in Sagas of the Gautrian Kings #39), the Gautrian army was on the verge of sailing away from these lands under the banner of their king, Magnus, until Magnus was badly injured in an assassination attempt by the orcs. Wynston slew 2 of the attackers to keep Magnus alive and was the only one to hear his last whispered words before he succumbed to unconsciouness. Wynston proclaimed to the gathered jarls that Magnus wished Kvig to be his Champion and lead the army against the orcs. She was met with suspicious glances from a few, but her word went unquestioned.

Valden’s army has encamped and is underway reconstructing a bridge to cross the Skarken River into the South Gautrian Lands of Timlin.  Kvig’s scouts bring him back preliminary reports from the orc camp. 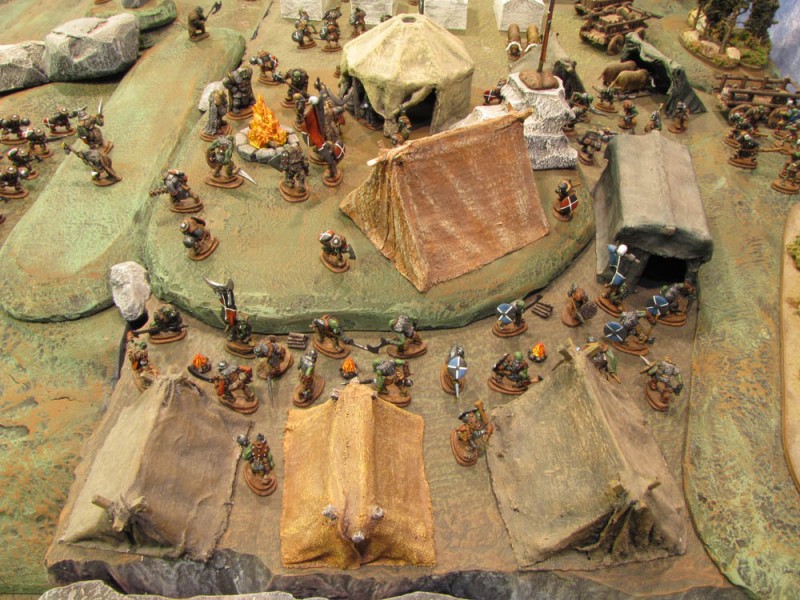 At the central fire pit, Valden and his Vangen urogs hold council with Ursio Erembald, the Nil-ith Horn high priest of the Temple of the One God. 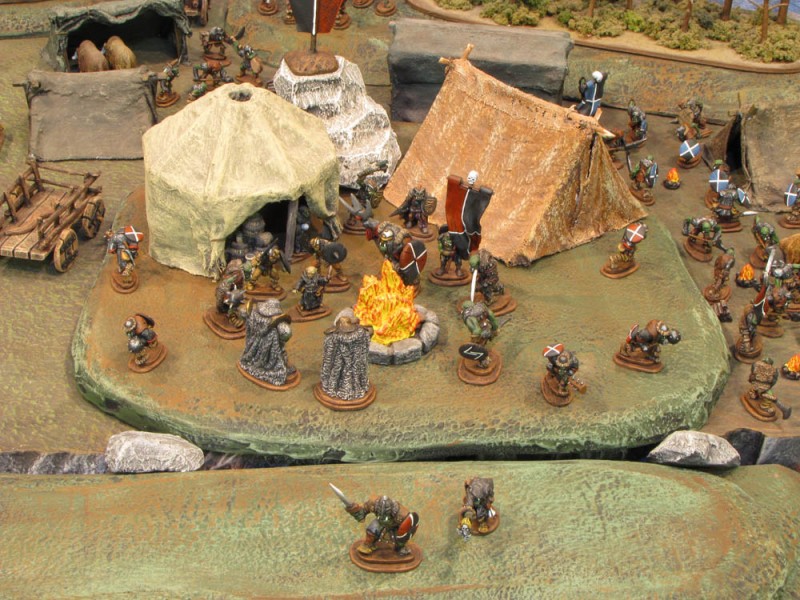 The Nil-ith Horn units of the army drill in their section of the camps. 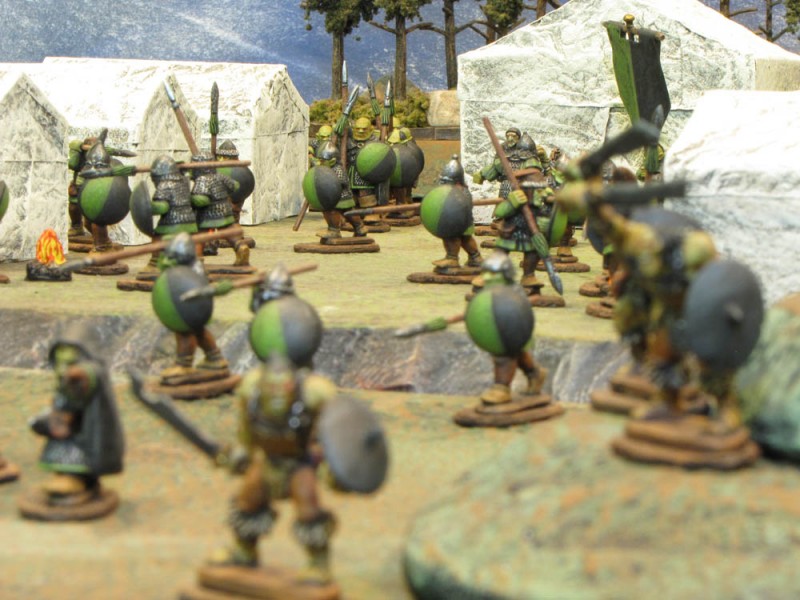 Their Priests of the One God use their battle-magics on the warriors. 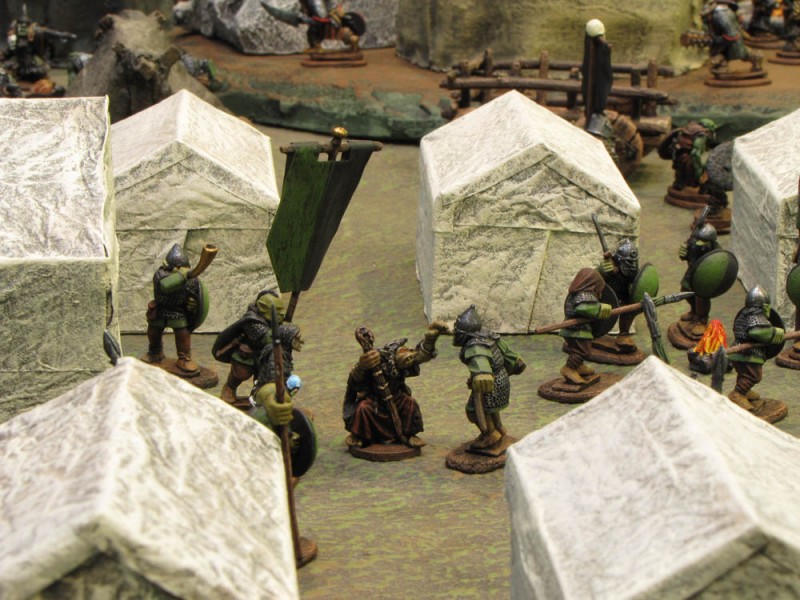 The Vangen orcs  ready for battle as well. 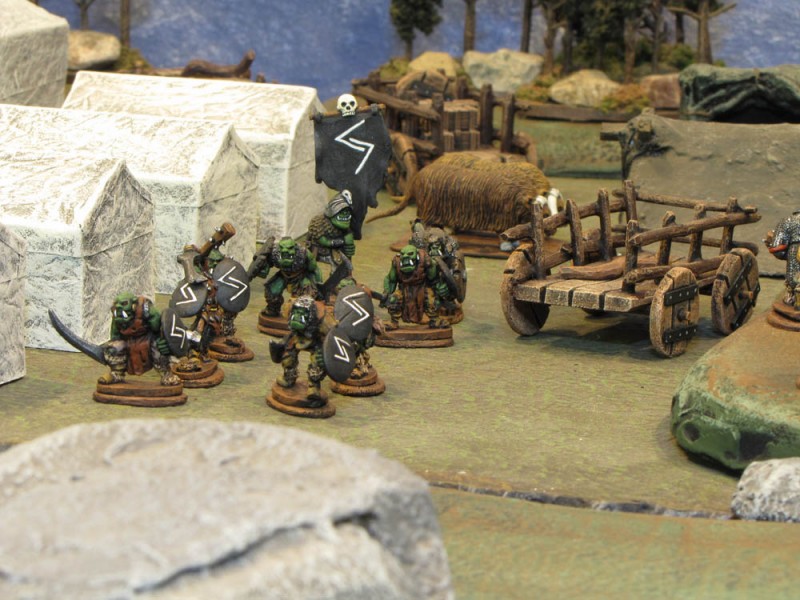 The Vangen drummer has the honor of getting his clan worked up. 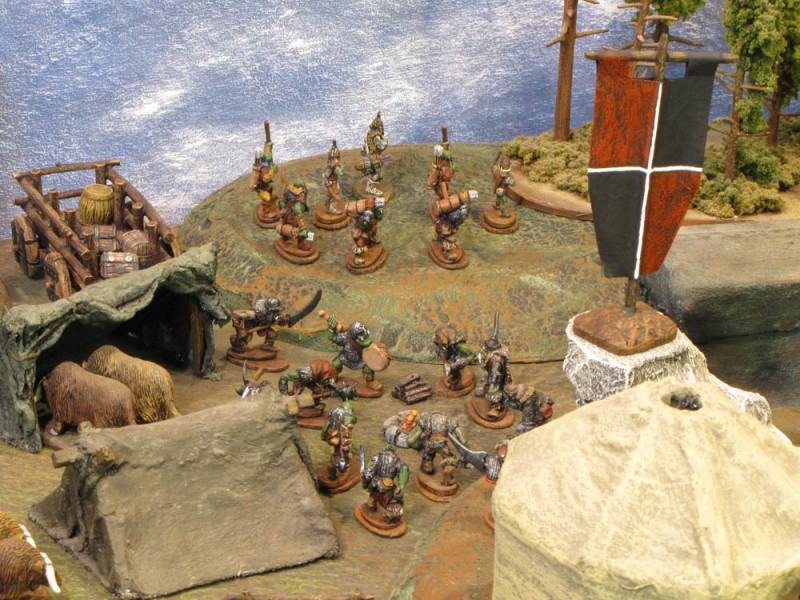 And the war council continues as the men march ever closer. 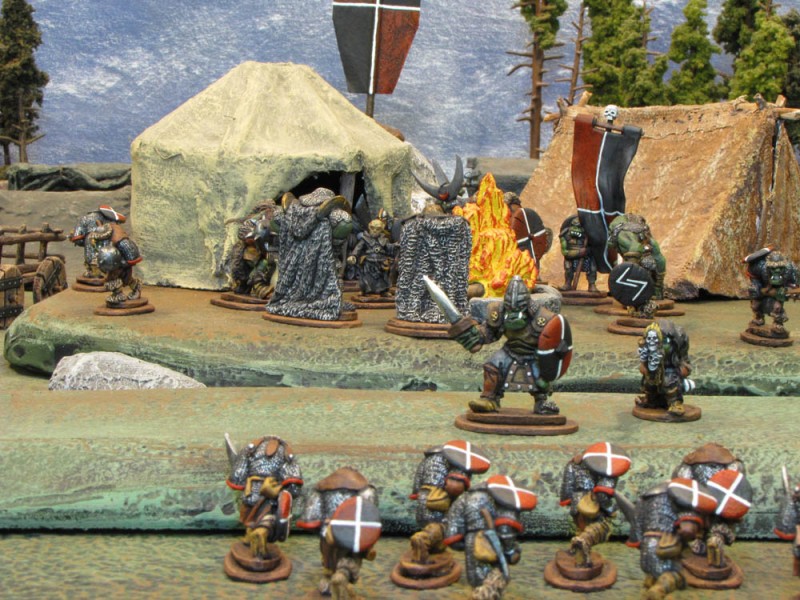 The battle is joined in: Sagas of the Gautrian Kings #40- The Battle of Skarken River>>