Over the Thanksgiving holiday weekend we had the opportunity to introduce another player to “Fantasy Warriors.”

Our experienced League of Nil-ith Horn Commander took her smerdi and valdgrafs against our daughter’s Kildarian cavalry units plus unit of picked men, while the new fellow was granted 2 units of ulfhednar and a unit of berserks. 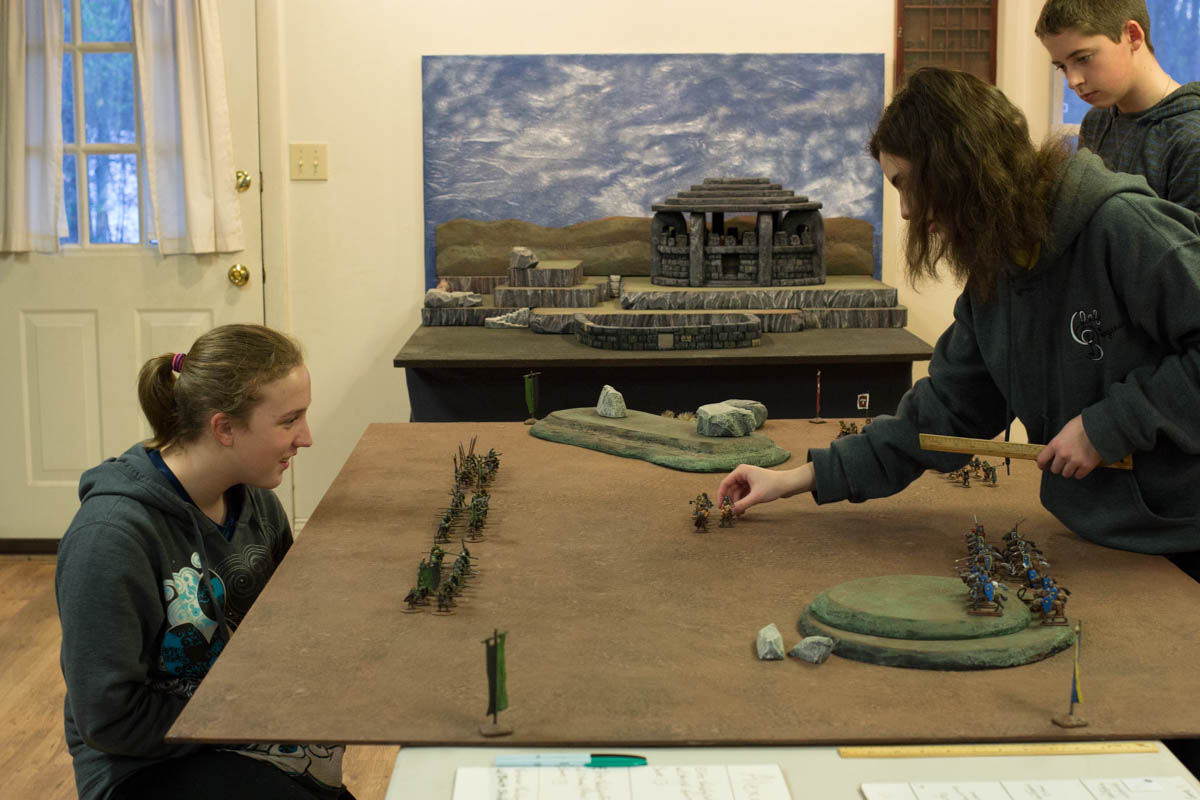 The smerdi commander stacked her units, pikes at the ready to fight from two ranks. The vicious and ambitious utvalt men sprinted out to challenge them. 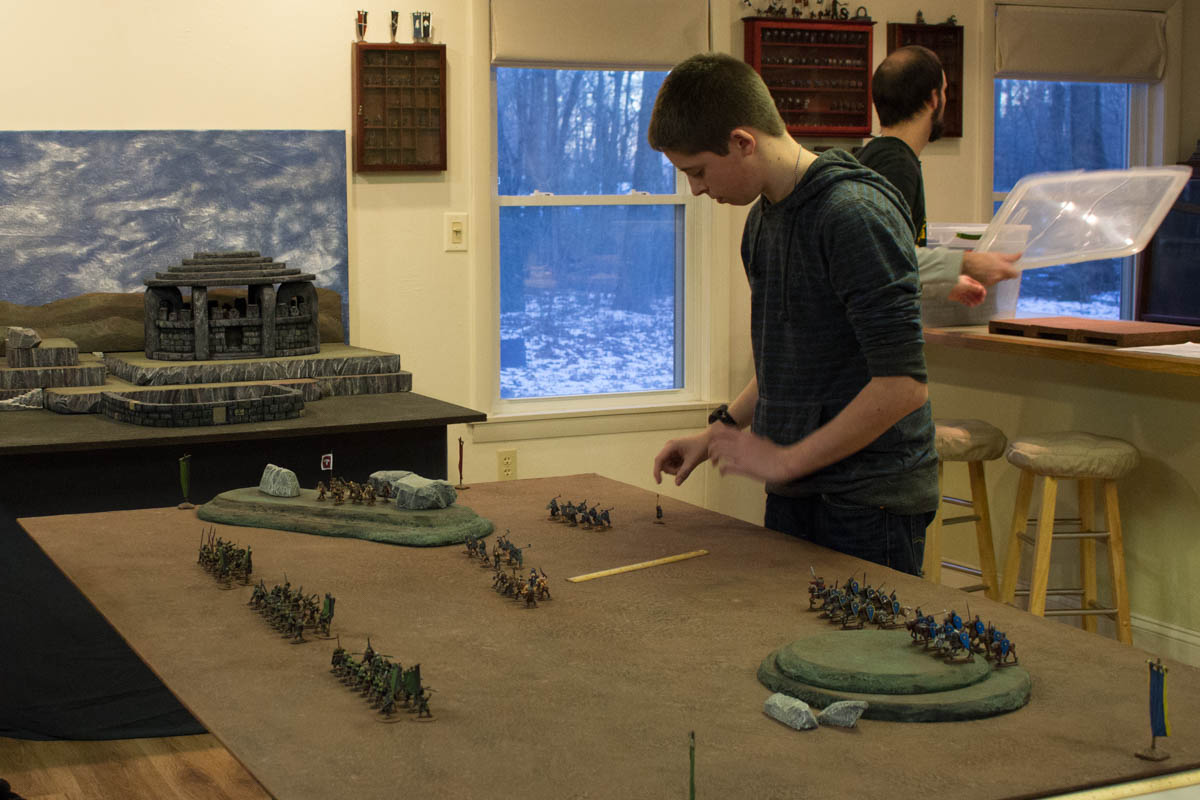 The ulfhednar raced forward to support the flank. The berserk unit gained the advantage of the hill.

The orc commander charged across the field. 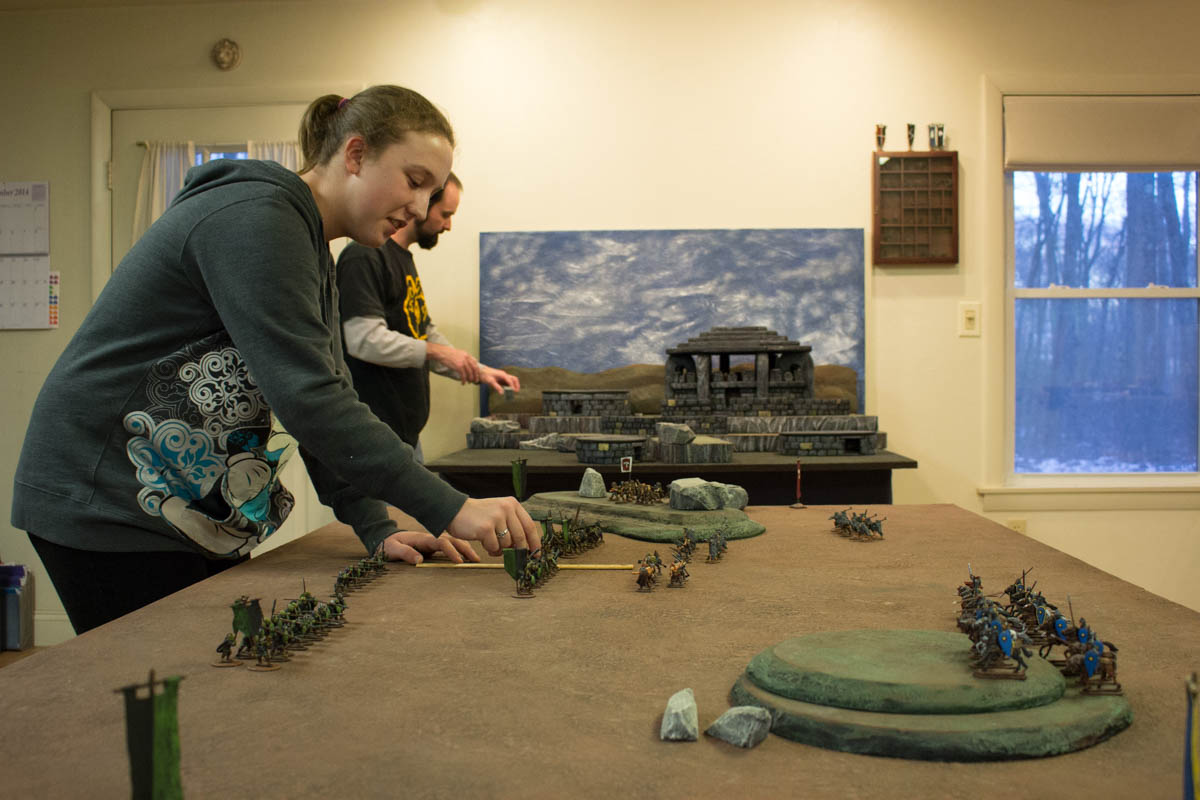 The onrushing wolf-skin-clad humans threw a storm of javelins and unexpectedly took down a few shielded orcs, then clashed in hand-to-hand combat. The berserks and cavalry watched from their hills.

Our youngest helped me to document the swift destruction of the unshielded utvalt unit.

Then he joined in the dice-rolling fun on the side of the orcs.

The orcs destroyed the ulfhednar, chewing through the unarmored units. The bearskin-clad humans rushed from the hilltop into the rear of the orc formation and briefly bolstered the flank.

All looked lost for the humans when finally the cavalry spurred into motion. The knights charged into the ranks of orcs.

The League Orcs fought bravely, but they could not survive the onslaught from two units of heavy cavalry.

The knights and remaining infantry surrounded the League of Nil-ith Horn orcs and awarded our new-comer his first victory. 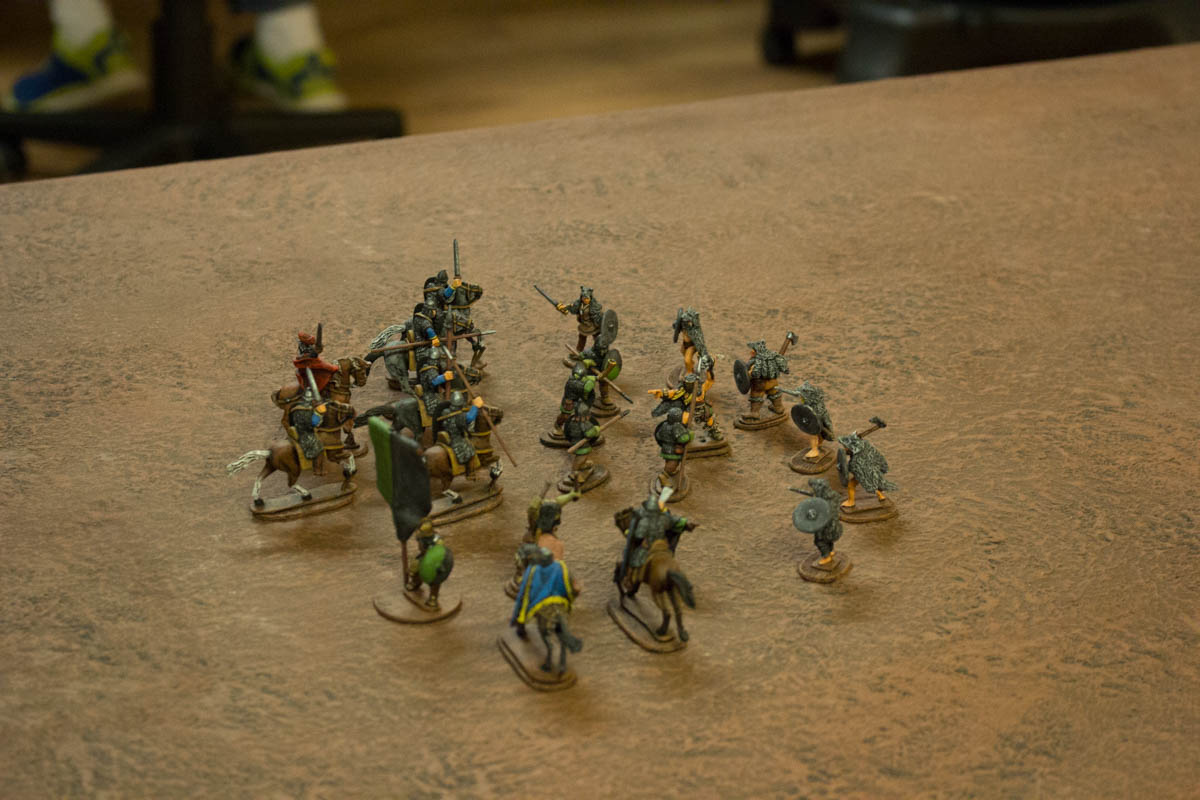 One Reply to “Being Thankful- A Fantasy Warriors Battle”