After the Gautrian champion Bleddyn Yorath defeated the urog Untak in single combat, our Jarl Kvig was quite enthused, and rallied his men. 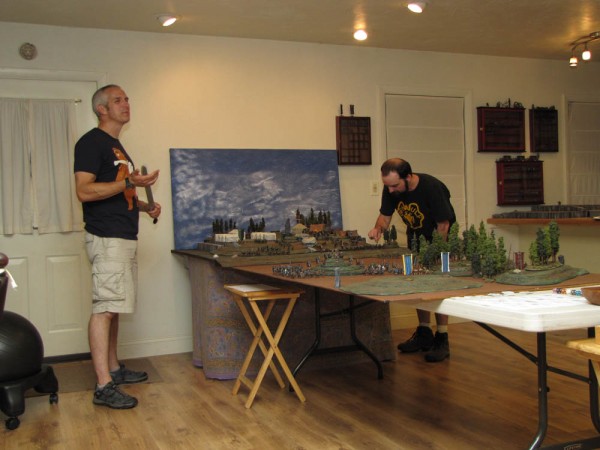 The orcs deployed to meet our forces along the hill. The stalwart League of Nil-ith Horn orc heavy infantry were lined to the left, and the tribal orcs and urogs in front of Valden to our right. 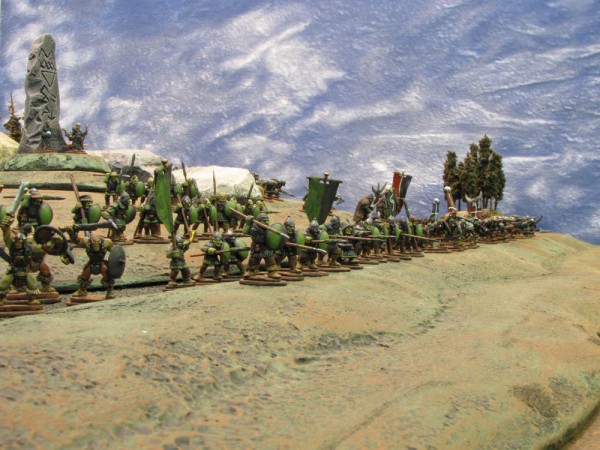 The Kildarian Knights lead the charge and thunder towards the line. 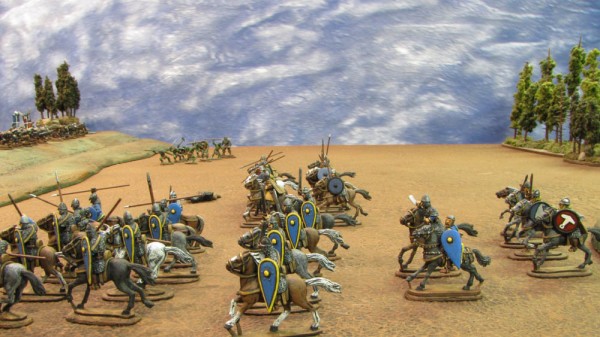 The Gautrian infantry follows close on the horses hooves. 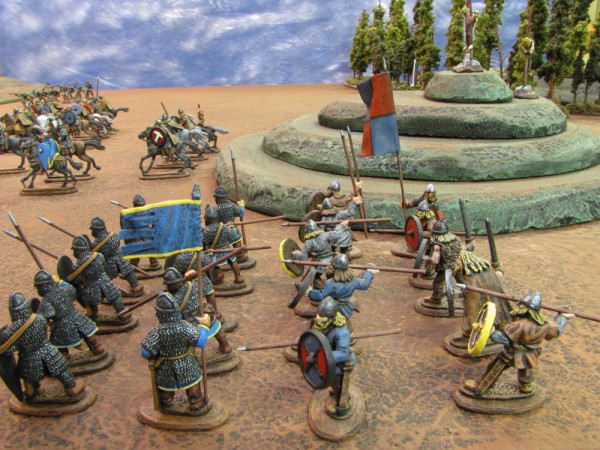 At the last moment, the cavalry shifts to the center, revealing the imposing spears and heavy armor of the Kildarian infantry. 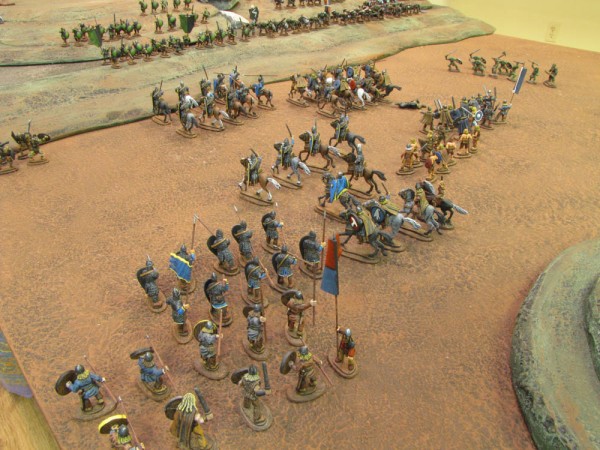 On our right flank, the light infantry hidden in the forest crashes into a unit of wild orcs. 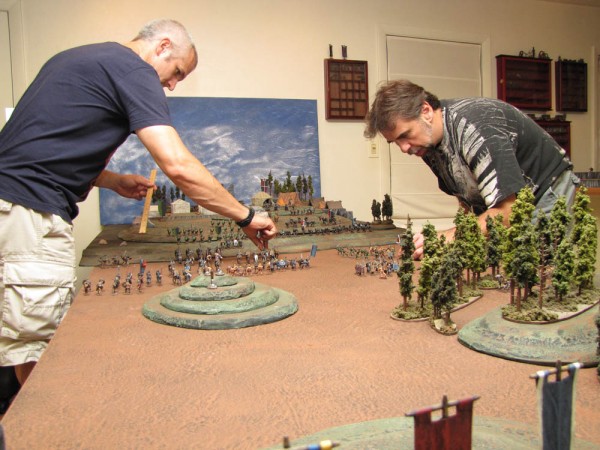 The cavalry refuses battle again and rushes behind the Nil-ith Horn Orc heroes, seeking a weakness in the League formation. 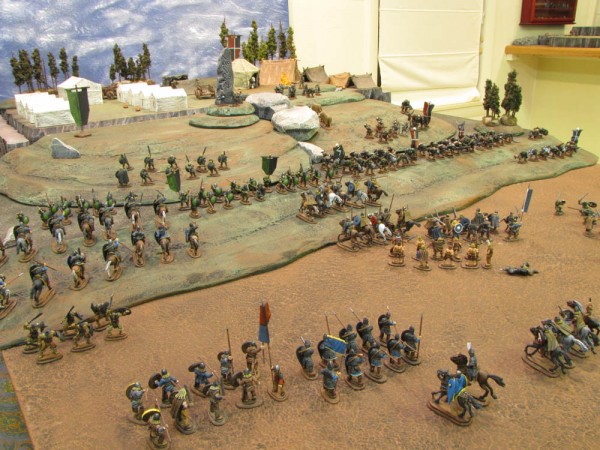 The Kildarian Knights draw out a lesser unit, and close for the attack. 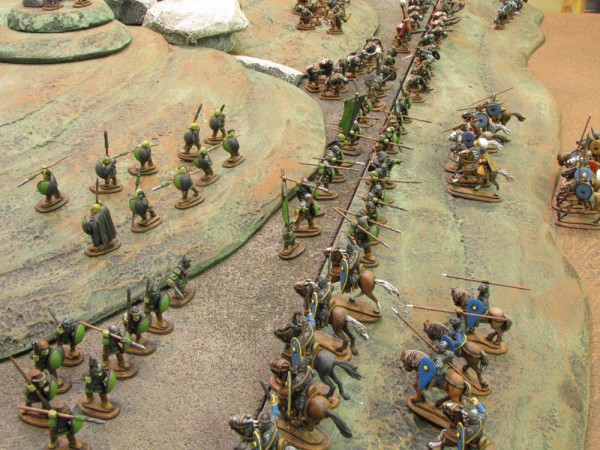 Bleddyn’s light infantry’s numbers are reduced by bowfire from the high hill, but still they fight on against the wild orcs. 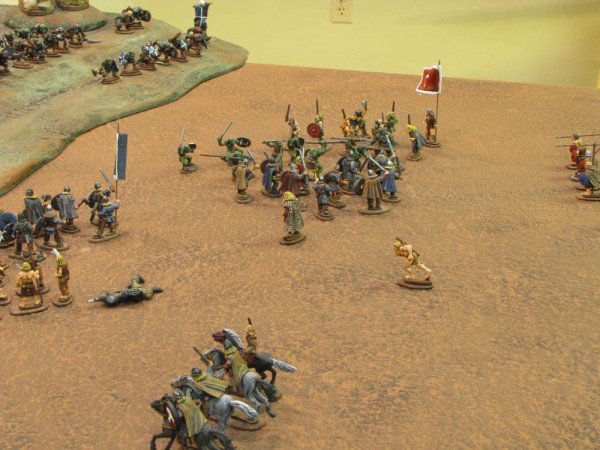 The bloodshed is heavy on both sides. And the heroes from the League of Nil-ith Horn begin to decimate the Gautrian infantry. 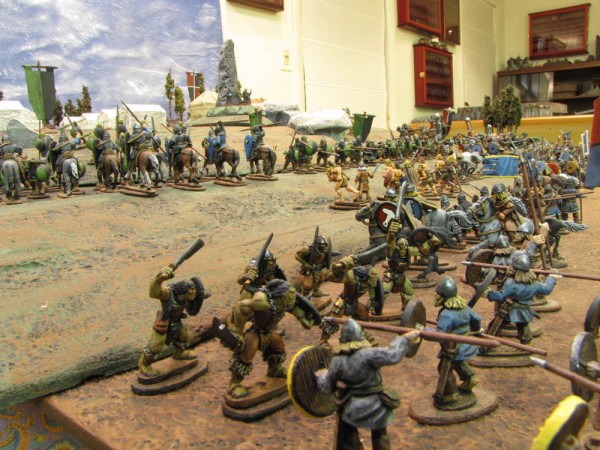 Jarl Kvig leads his heroic companions through the melee in an attempt to bolster the failing left flank. 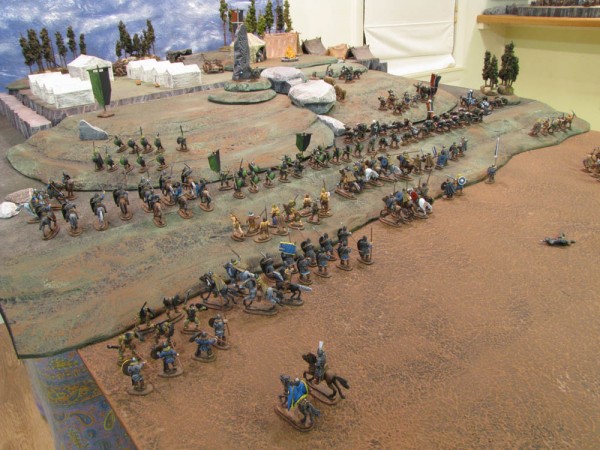 The Gautrian infantry falls to the swords of the Nil-ith Horn orc heroes. A doomed unit of light infantry rush the orcs, and are slaughtered as well. 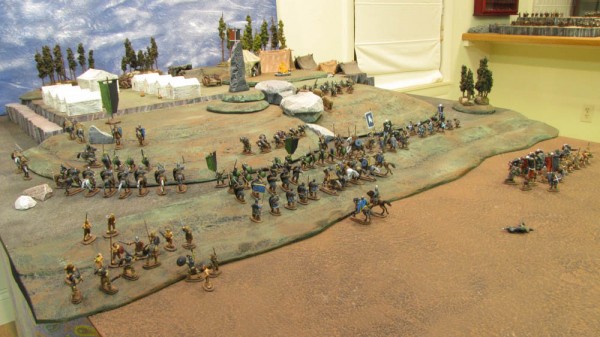 Jarl Kvig orders his heroes to attack the huge orcs. 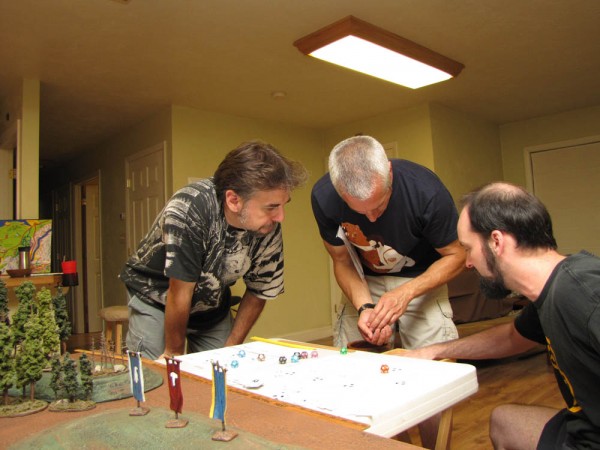 From astride his warhorse, Jarl Kvig makes swift work of three of them. 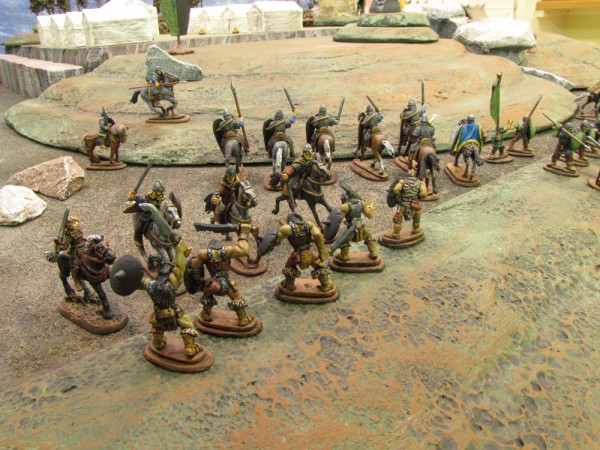 While our party finally wears down the Nil-ith Horn heroes, the League orc infantry start to falter, and with that, the less disciplined tribal orc units begin to rout. 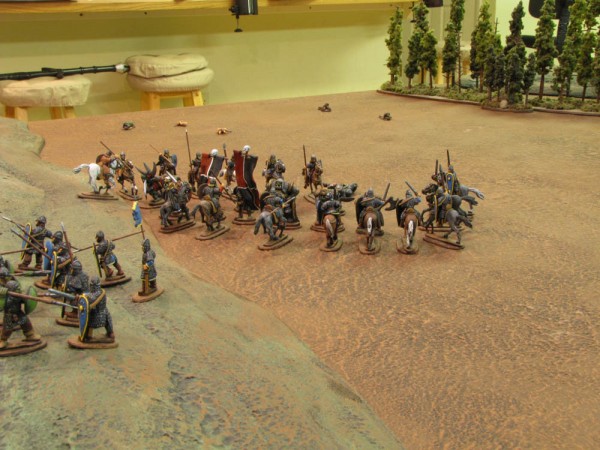 Valden the Ruthless, King of the Vangen orcs, and his greatest urog warriors are surrounded by the remains of the cavalry. 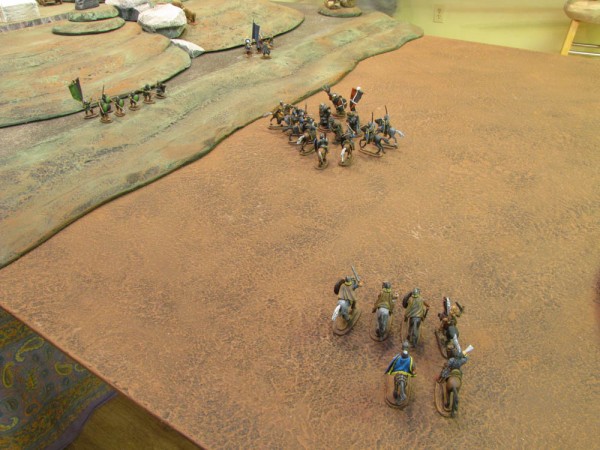 The giant urogs take many knights down with them. 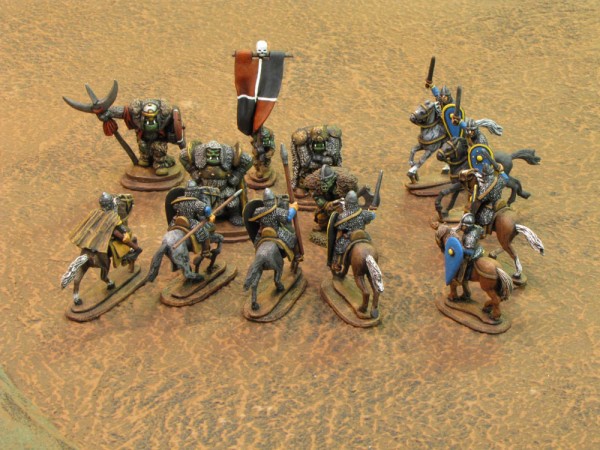 The strength of the knights is too much for the urogs and King Valden is slain! The men are victorious! 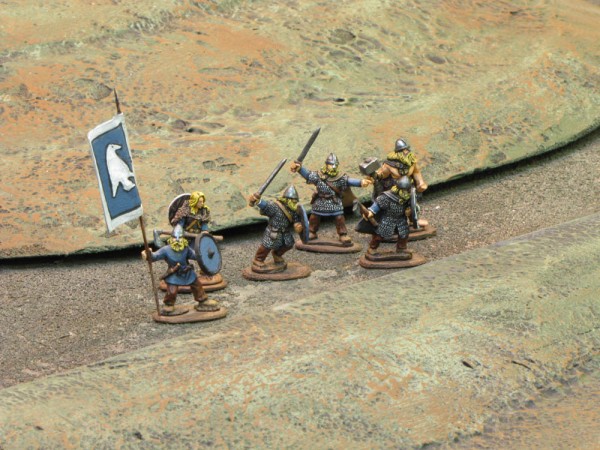 <<Sagas of the Gautrian Kings #40- The Battle of Skarken River