In the next Fantasy Warriors battle, 2 of our junior players fought against myself in a Gautrian (Red banners and Blue banners) versus Kildarian exercise with equal forces. 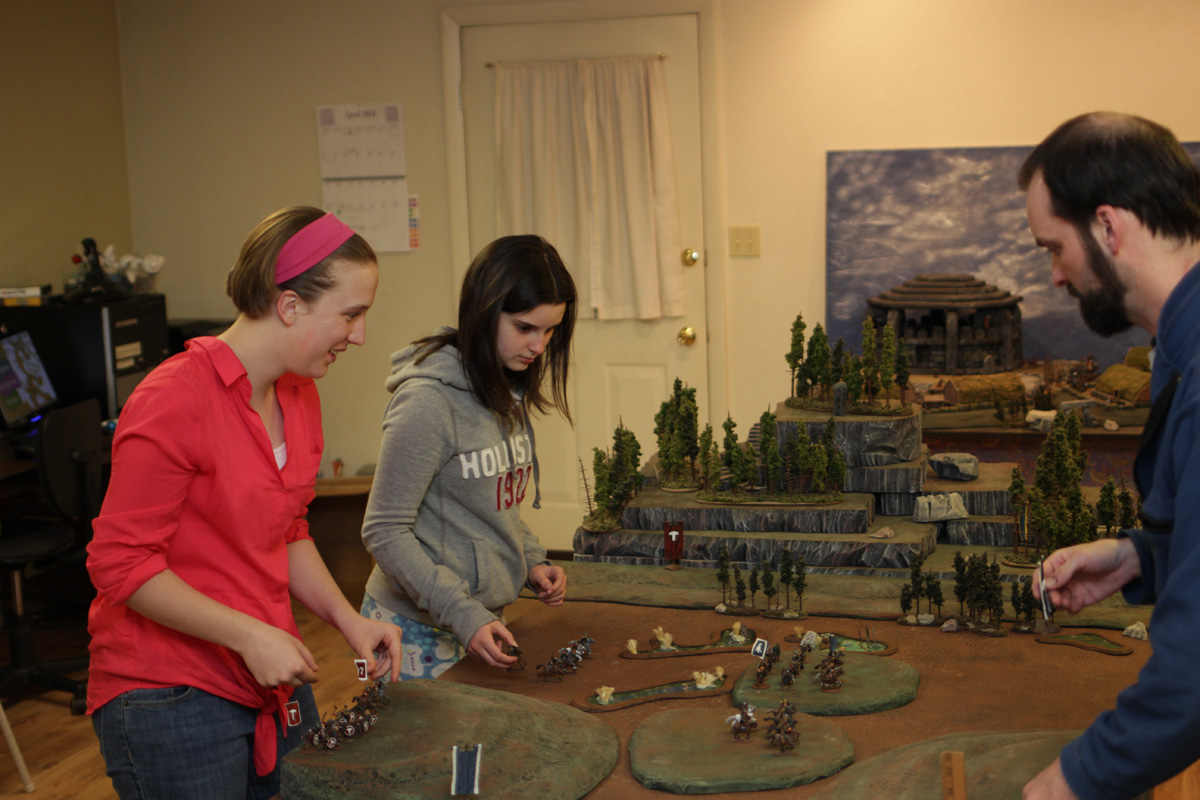 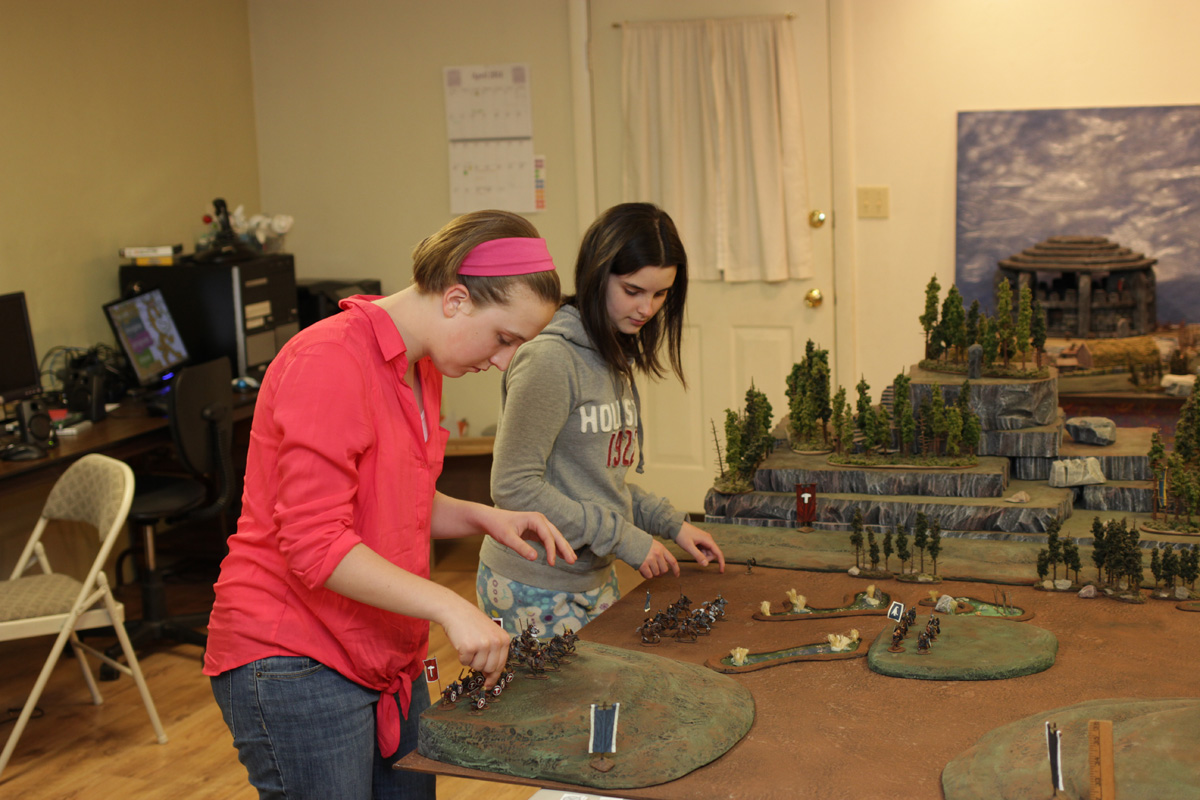 I deployed my cavalry on the hill to meet the Red Gautrains, and lined my infantry up on the right, ready to slowly move up the field against the Blue. (The large landscape piece in the middle of the table isn’t really there.) 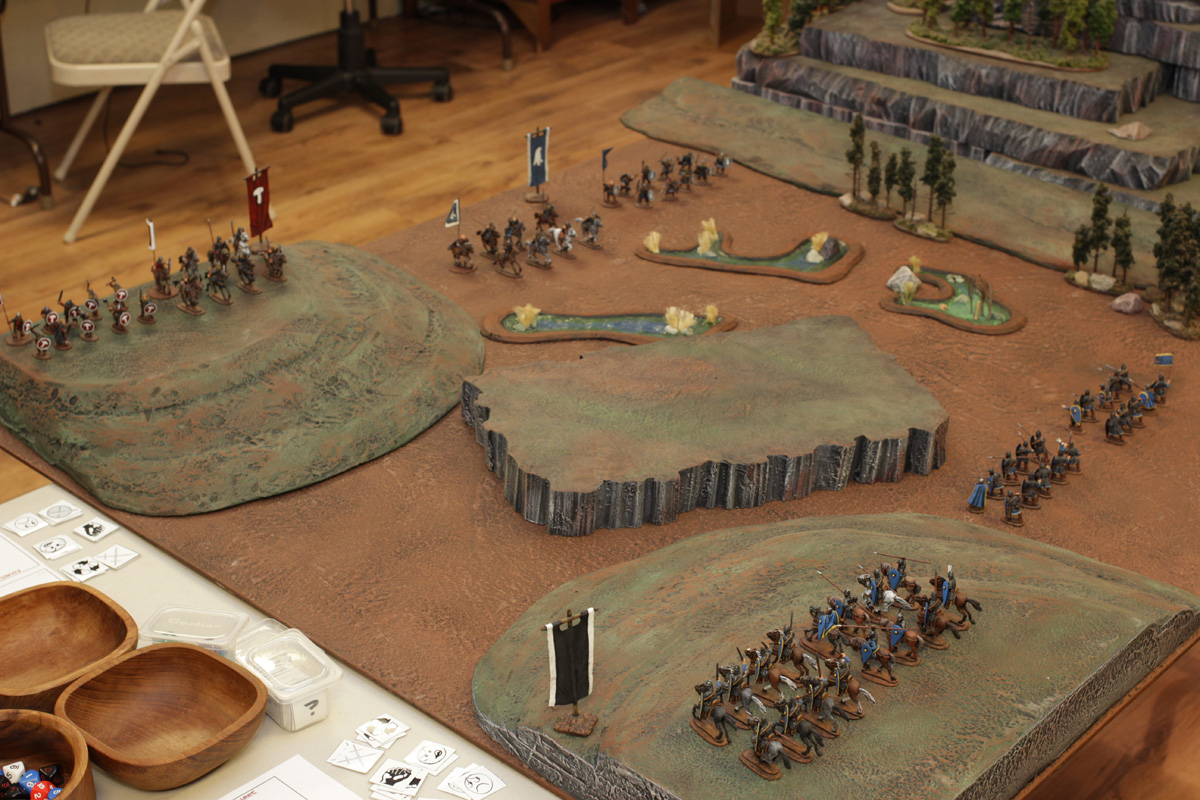 Blue put her cavalry on the attack and charged into my infantry line. Next to them, her Gautrian infantry became mired in the swamps. Red started the march down the hill with her infantry, while her cavalry waited to pick their target. 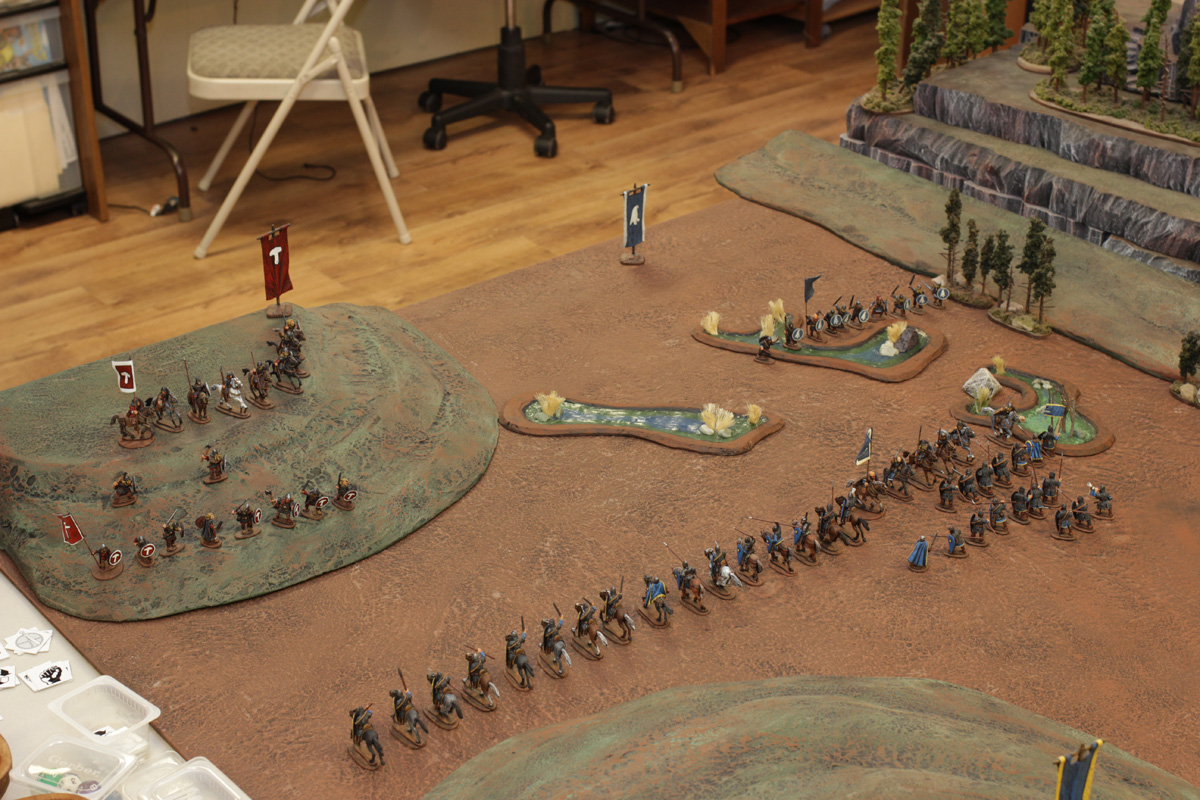 My heavy infantry and Blue’s cavalry took slight losses. Blue’s infantry slogged through the swamp. Red attacked my center cavalry with her cavalry. On my left flank, Red’s infantry approached my cavalry. 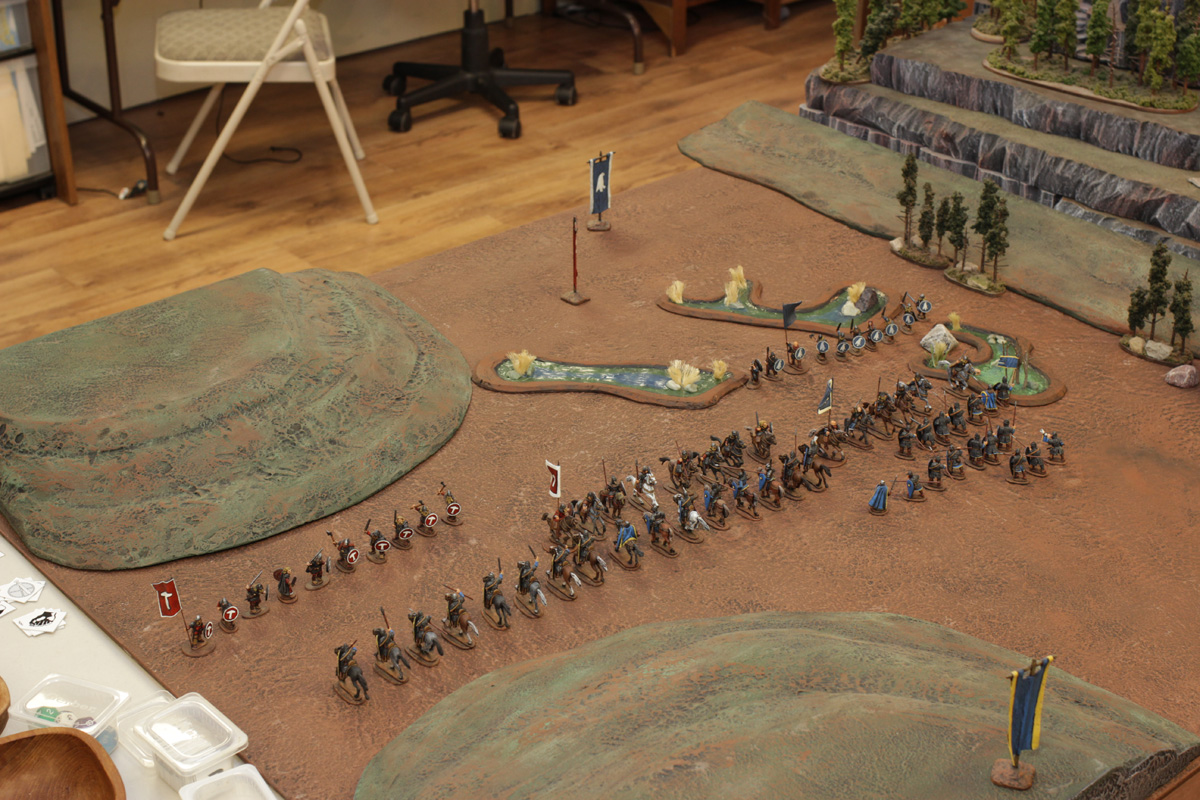 Blue’s infantry charged into the fray, displacing and disorganizing her own cavalry but decimating my first infantry unit. My second unit closed ranks and continued the fight as Blue’s cavalry crashed forward into the infantry. Both sides’ cavalry units in the center lost riders. My cavalry on the left held strong and dealt many blows to Red’s infantry unit.

Blue’s mounted standard bearer occupied my remaining infantry. Blue Warlord got her infantry into oppose orders and pulled them across the field to bolster Red’s infantry unit. I prevailed in the center and attacked the scrum on my left.

Red’s infantry fell to the swords and spears of my riders. Blue’s forces fought bravely, but in the end were overcome by my cavalry. 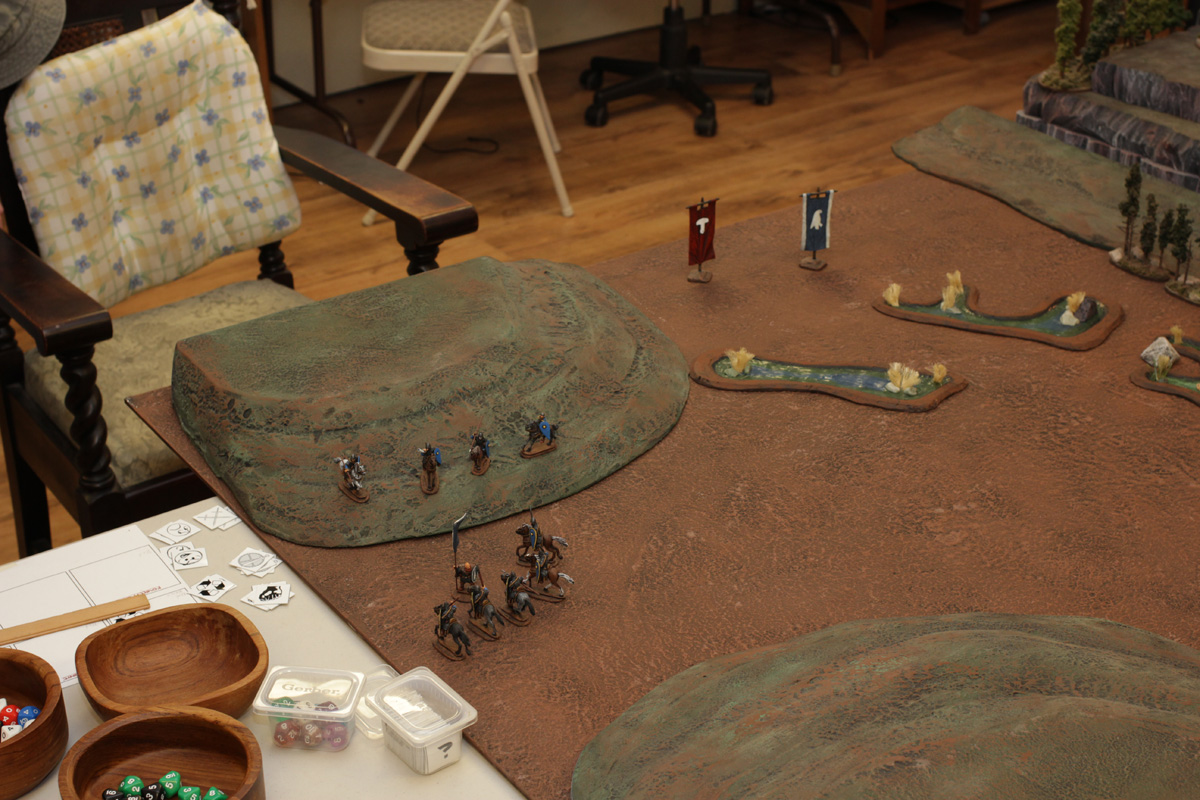 One Reply to “Gautrian Games”