While our characters in the Sagas of the Gautrian Kings fought King Valden the Ruthless and his Vangen orc army at the Battle of Skarken River and earned the humans in South Gautria a respite from orc attacks, we players were left to wonder how the Gautrians fared in the north. We knew League of Nil-ith Horn forces had launched shore raids on the North Gautrian villages by boat and also had units attacking overland farther north. 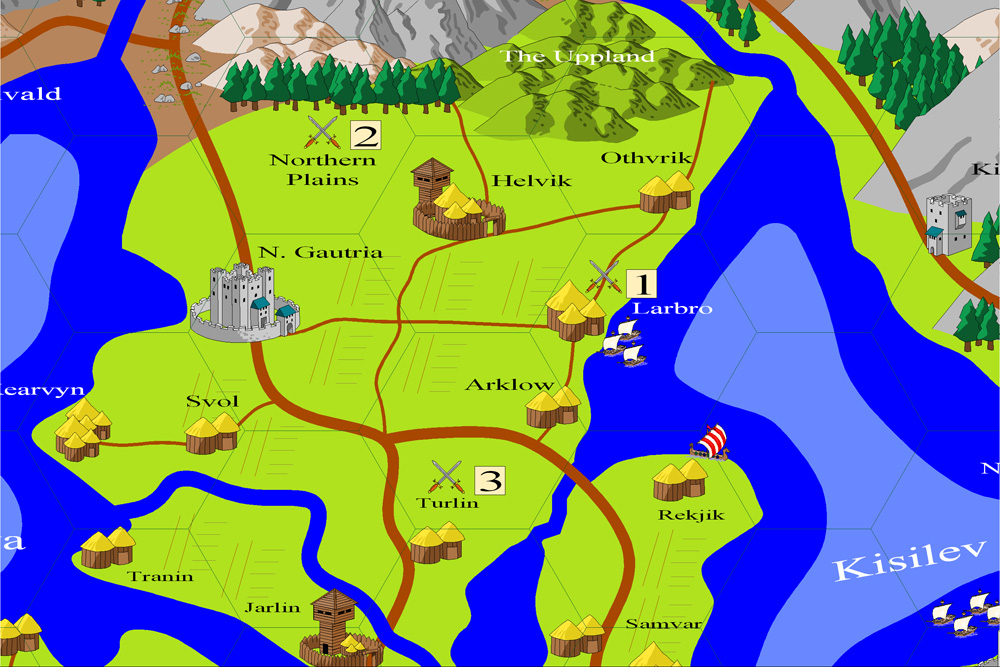 This was a great excuse to extend an invitation to our gaming crews and have our friends decide the outcome of the invasion!

We were hosts to 8 players for a day-long event of skirmishes culminating in a grand battle across both of the gaming tables. 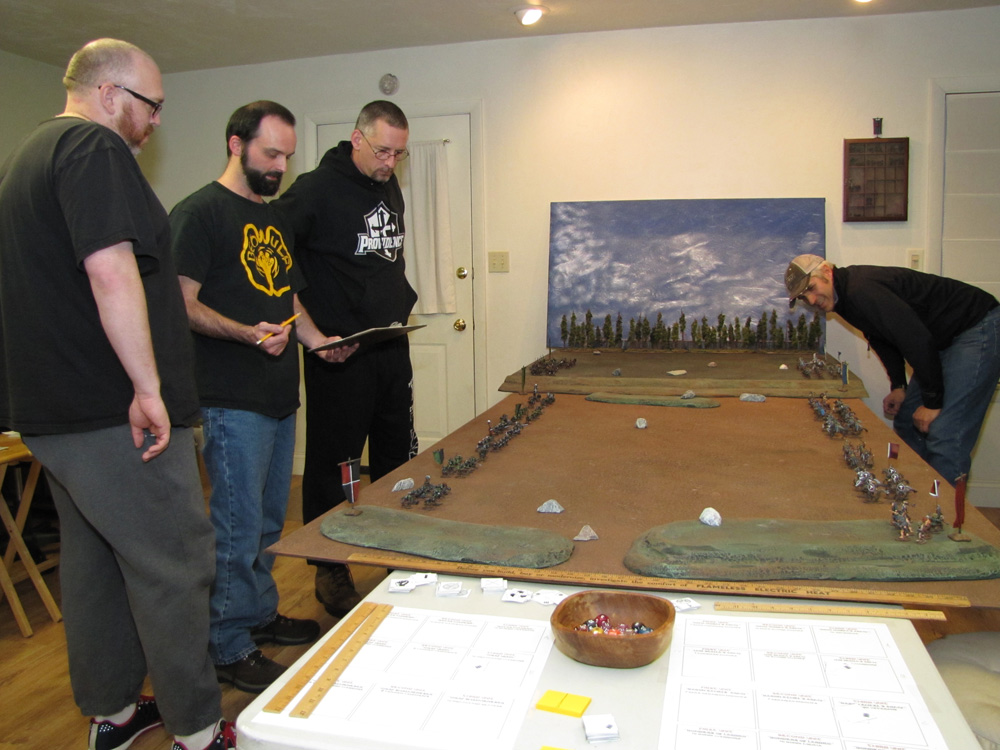 We used our tweaks of the Fantasy Warrior ruleset to game our mass combat.

The first scenario was fought between our daughter and our long-time friend and player. Her village was being raided by his orcs. Her objective was to get a unit of women and children safely off the field before his forces could capture them. 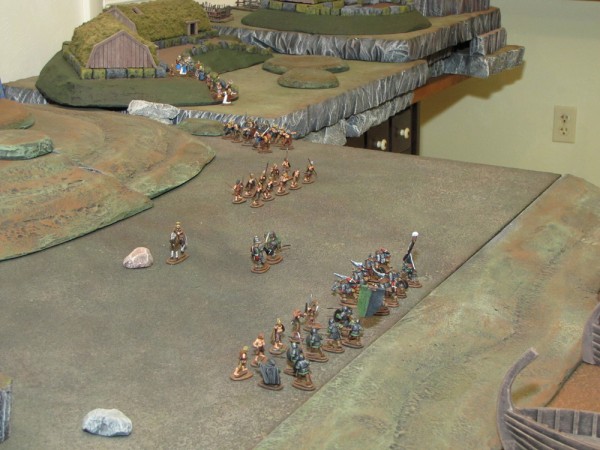 The second fight was a skirmish between Vangen and Drimgaard mercenaries fighting for Graf Stukkin and his League of Nil-ith Horn orcs and the outriders of King Gorm of North Gautria. 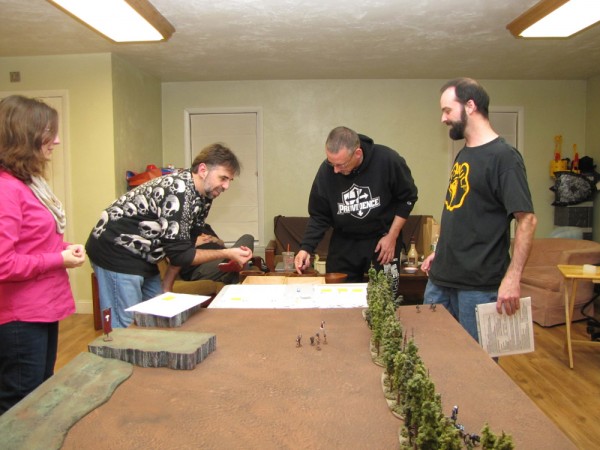 Skirmish on the Northern Plains

The final battle of the night was a decisive conflict between the League of Nil-ith Horn orcs and their mercenaries and the massed forces of North Gautria. 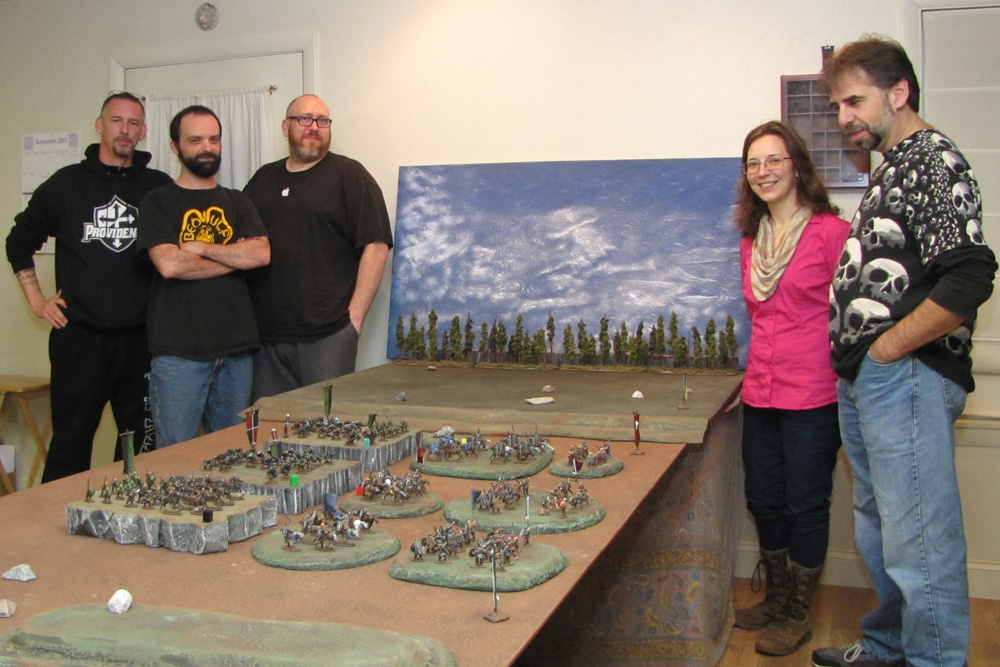