Valden the Ruthless and his personal retinue

The Vangens are a tribe of Great Northern orcs; their recent rise has been due to the great military successes of Valden The Ruthless. The Vangen Kingdom was established by Valden, a brutal and oppressive urog Hertog. Since his conversion to the “Temple of The One God” by the influential High Priest of Korvald, Ursio Erembald, Valden’s armies have unified many of the Vangen tribes into one strong kingdom.

Valden’s horde, well-armed through trade with the LNH.

Under the direction of High Priest Ursio Erembald, orc priests of the League of Nil-ith Horn provide Valden and his urog lords with a literate body of administrators and tax collectors. With their services Valden is able to run an efficient central government from his stronghold of Kednvald. 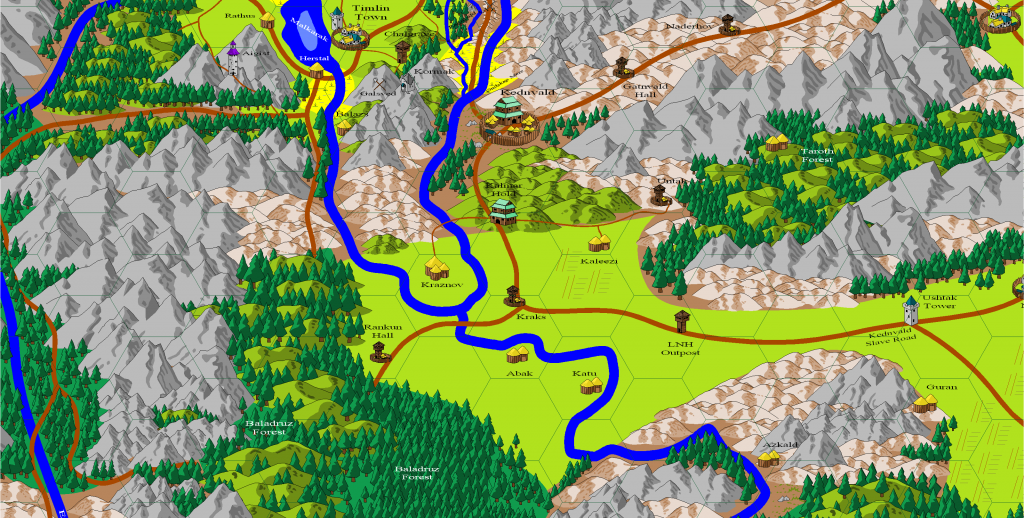 The Vangen Kingom and surrounding lands

All of the priests are protected by Valden’s laws and his vassal urog Hertogs, and all are held in high regard. The warriors answer to Valden as does the head of the League of Nil-ith Horn “Temple of The One God”, Ursio Erembald, the Habrok of Kednvald. At his capital of Kednvald Valden has seen the many wonders of the League of Nil-ith Horn civilization and the great benefits their new religion has brought to his orc subjects. 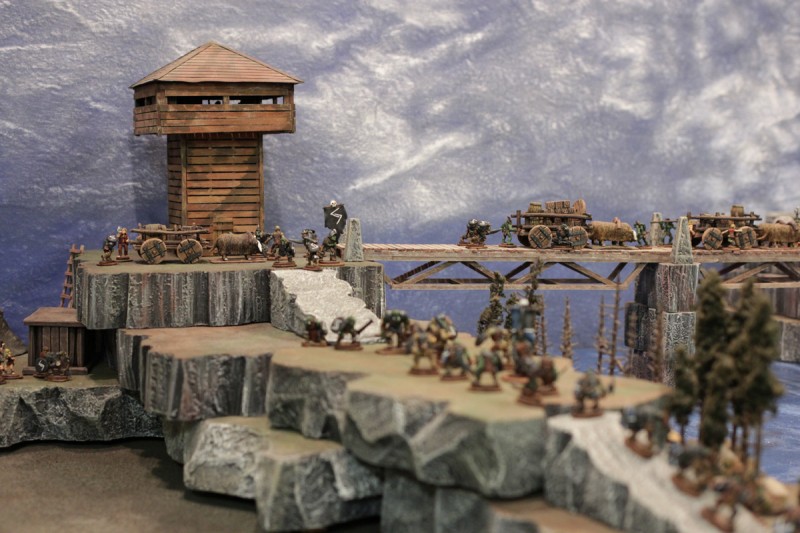 Vangen and LNH commerce over the Kednvald Bridge.

Great Northern orcs are free-spirited and fiercely independent however, and countless rebellions have broken out in Valden’s kingdom over its 22 year history. Many Vangens and Kromgaards refuse to accept the “God of Man” and persist in worshipping their own Ancient gods. Their complete conversion is an important matter to Valden, for he has renounced goblins and shaman. Valden believes the only true god to be “The One God, Lord of Light”. 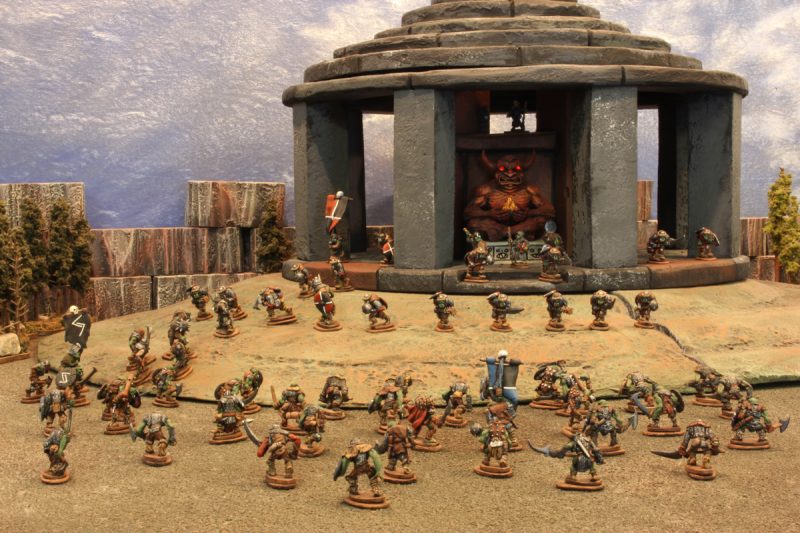 The Vangen orcs were part of the Great Northern orc migration and carried with them the gods and majiks of ancient orc lore. Their religion is polytheistic and majik oriented, goblins and shaman spread their cults through great displays of power. These orcs have many different beliefs and oft times magic cults will collide and bloody strife will result. Such is the way of the Great Northern orcs.

Valden “The Ruthless” seeks now to change their ways. Adopting the more civilized religion of the League of Nil-ith Horn orcs, he has welcomed the priests of “The One God” and forcibly converted his own subjects. The “God of Man” has been well received in Kednvald, and other urban centers, but the borderlands of Valden’s kingdom have resisted. Led by powerful goblins, shaman and urog warlords the rebels have fought for over two decades with Valden’s mighty armies.