The Men and Orcs of the League of Nil-ith Horn

The League of Nil-ith Horn is a merchant association formed by an alliance between the cities of Grunevald, Korvald and Kirkisvald, the major cities surrounding the Bay of Nil-ith Horn. Trade in these lands is a dangerous and risky business and the only way for merchants to protect themselves is by traveling together. The impetus for the formation of the League of Nil-ith Horn (LNH) was to protect its merchants involved in trading highly profitable Gautrian hemus potions (made from the healing swamp lotus only found in Gautia), and in the vast slave markets of the Vangen Orcs. While each city has its own merchant association (merchants’ guild) the alliance forms a loose Diet, or parliament, to govern inter-city trade and common policies. The trade between Grunevald, the only human city in the League, and the Valensian Empire (the dominant human empire) provide sea routes to all Imperial cities and the only legitimate port for the orcs of the League to ship any goods through. In most respects the policy of the merchants is protectionist and aimed at producing a Grunevaldian monopoly in the slave markets they supply. 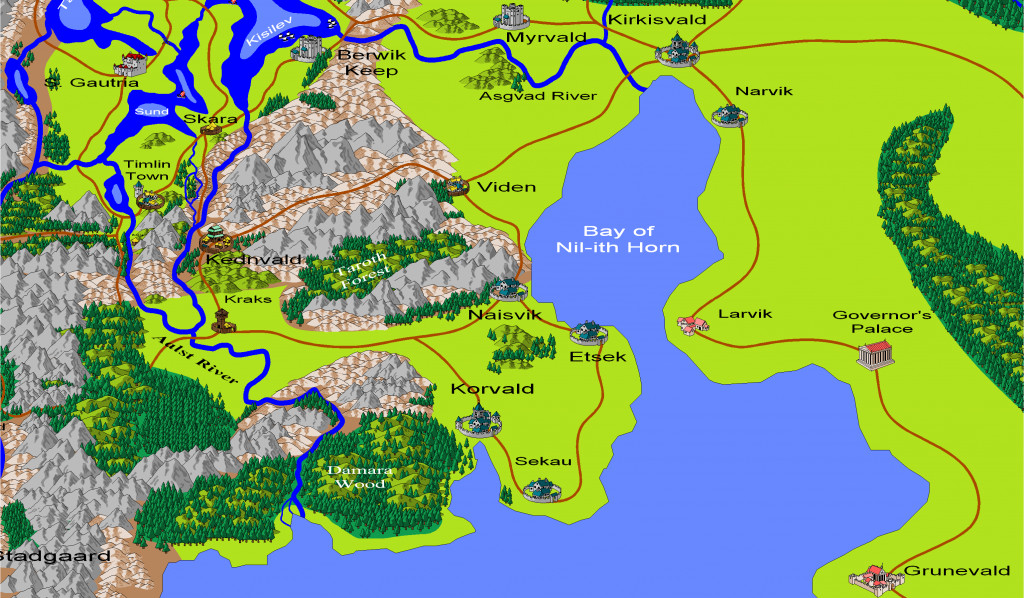 The League of Nil-ith Horn and surrounding lands

The League of Nil-ith Horn Diet meets only infrequently and is filled with divisive politics based on differences in regional priorities. It is more frequent that the regional assemblies, known as ‘Thirds’, meet. There is a Grunevald ‘Third’ based on the internal and sea trades, a Korvald ‘Third’ based on slaves bought out of Kednvald, and a Kirkisvald ‘Third’ based on the hemus trade from Gautria and minerals from the Great Northern mountains. The predominant city in all dealings is Grunevald, which holds a central position as the only human port on the Nil-ith-Horn. The orc cities often complain that the merchants from Grunevald are given advantages over their own merchants.

The Grunevaldians, a race of seafaring men now under the rule of the Valesian Empire, claim the title of Masters of the League of Nil-ith Horn. From their capital city of Grunevald they dominate the other towns and cities of the League. Recently these men have raided and taken Gautrian lands on Lake Kisilev. Led by their famous conquering hero Boyar Gert Theovald the Grunevaldians have established a small kingdom of their own from the keep town of Berwik. 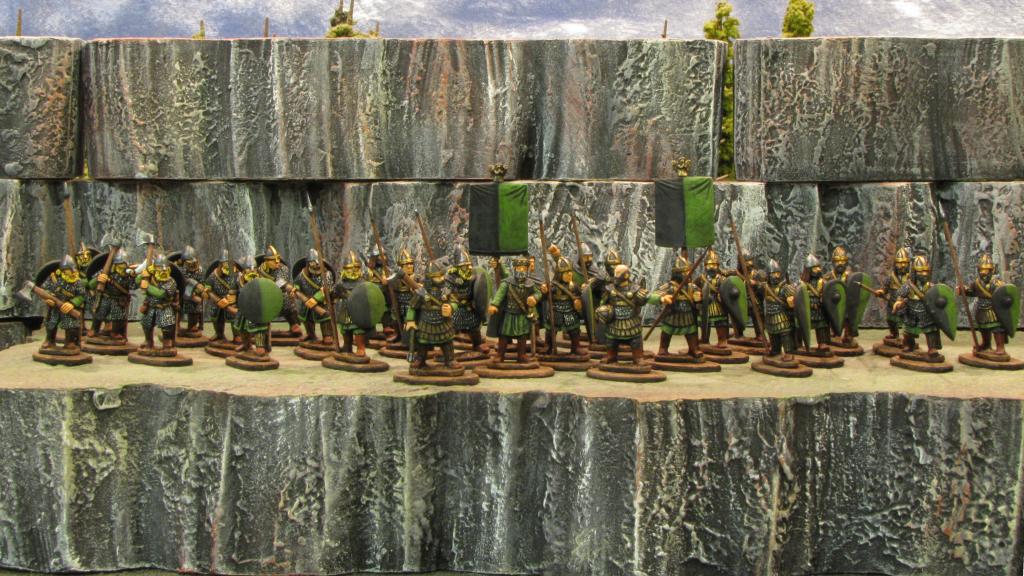 Kirkisvald is the more powerful of the two orc city states within the League of Nil-ith Horn. Its position on the northern most point of Nil-ith Horn bay makes it a wealthy and important trading port in the region. The political and financial interests of this LNH city-state are closely tied to that of their human “masters”, the men of Grunevald. As such many of their orc soldiers (called smerdi or “stinking ones” by the men of LNH) serve in the armies of Grunevald under human commanders. Some of Kirkisvald’s more wealthy and prominent clans have become belligerent recently, often acting autonomously in the LNH frontier regions.

Korvald is an orc city-state situated on the southwestern coast of Nil-ith Horn Bay. Not as important or wealthy as its sister city Kirkisvald, the orc sailors of Korvald are known to plunder the sea ways of Valensia’s great empire, and its greedy merchants are said to smuggle slaves through their own illegal routes. Korvald has suffered damaging reprisals and repudiation as a result. Recently some ambitious orcs of Korvald have devoted their energies to bring the LNH “Temple of The One God” to the neighboring Vangen orcs who have long harried their western borders.

Competing guilds, companies, and families belonging to every city of the League of Nil-ith Horn look for economic advantage and opportunity in neighboring Gautria.  From the lands rich in minerals and peoples, to the hemus lotus native only to its “troll swamps”, the kingdoms of Gautria posses vast and varied wealth to be exploited by the LNH. The League now is focused on control of Ondskap Mere, the great hemus swamp in the contested borderlands of the Vangen and Gautrian Kingdoms.